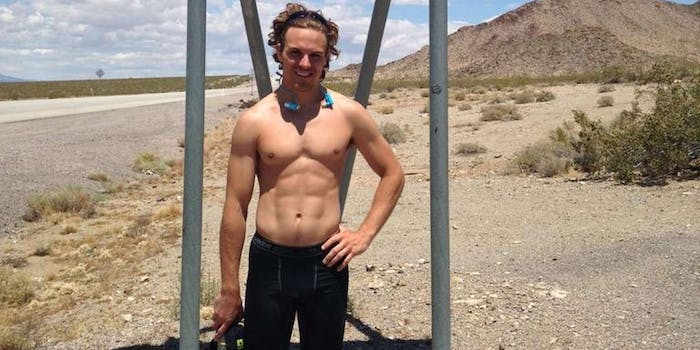 Barclay Ouderslay wants to be just like Tom Hanks.

No, he doesn’t want to be an Oscar winner, or married to one of the coolest ladies in Hollywood, or the father of a terrible rapper. He wants to emulate Tom Hanks in Forrest Gump by running across the country.

The recent University of Michigan graduate was 12 days into his “Project Gump” journey when the Daily Dot spoke to him on Wednesday, somewhere on the side of a road in Seligman, Ariz.

“I was on a run one day about a year and half ago in the wintertime. I was trying to come up with something big that I could do. Forrest Gump is my favorite movie. I thought, ‘I can do that, too,’” Ouderslay told the Daily Dot. The Michigan native kicked off his cross-country jaunt in Santa Monica, Calif., on May 9. He hopes to make it to Maine on August 16 by averaging 31 miles each day. He planned out his 100-day journey with a general idea of where he’d be passing through.

It might seem like a wild undertaking, but his friends and family were supportive from the beginning. They also weren’t surprised.

“I first told one of my friends that I’m living with. He knew I did some crazy things before, so he was on board with it,” he said. “I don’t think anyone has said that I couldn’t do it.” 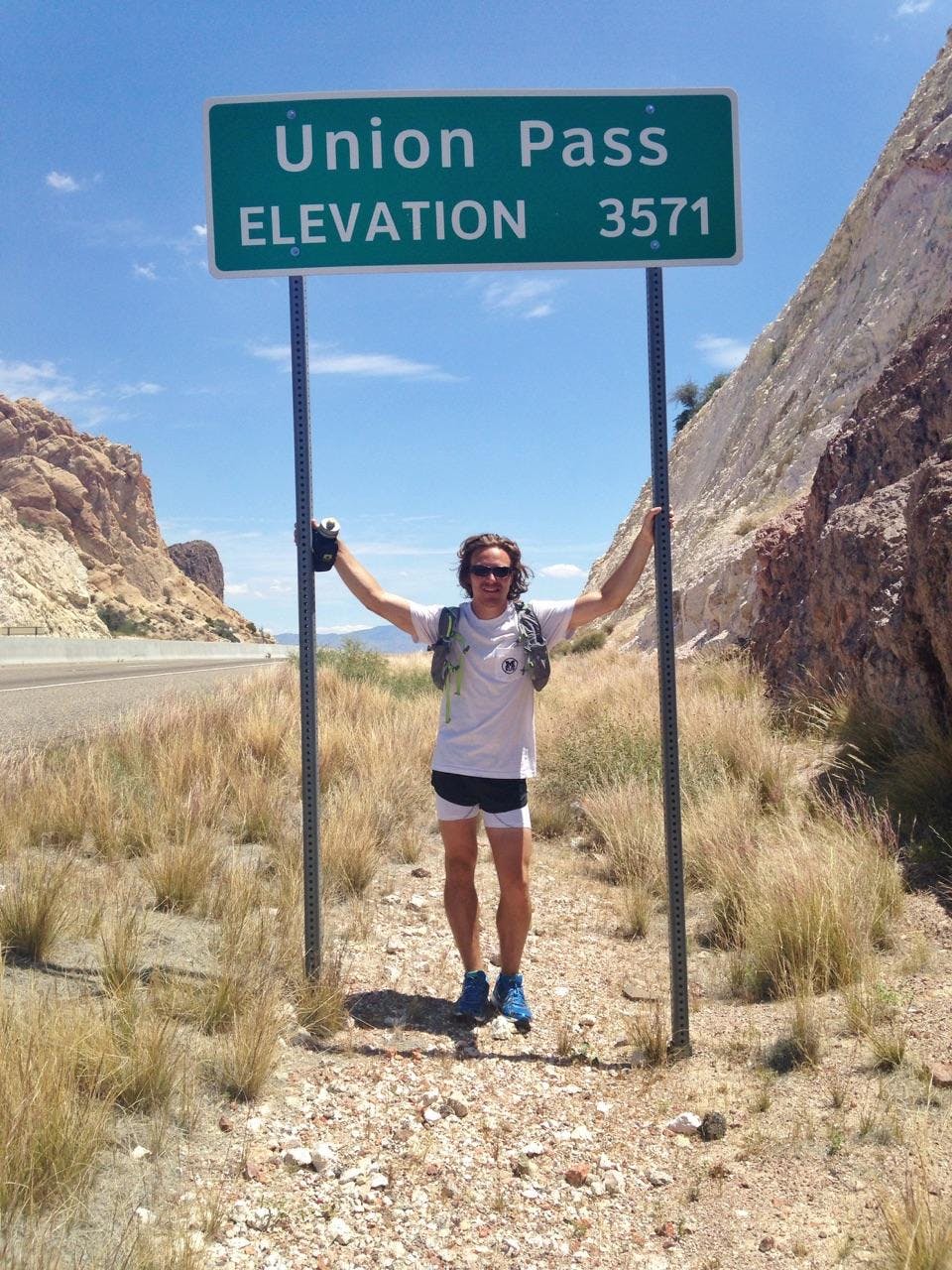 Unlike the real Forrest Gump, Ouderslay isn’t completely on his own while he traverses America’s major roads. Friends are taking turns driving a van loaded with snacks and water, so they can meet him at various checkpoints throughout each day. And after sunset, they find a place to park the van for the night so Ouderslay can get some rest.

Also unlike the Tom Hanks character, Ouderslay has yet to be mobbed by curious passersby or news crews. So far, people have just found it odd to see a lone, shirtless man running through the desert.

“I’m hoping it gets more like that when I get farther east and there’s more people around,” he said.

This isn’t just a passion project for the ultramarathon runner: He’s also raising money for the STEPS Foundation. As he writes on his Crowdrise page, the STEPS Foundation was “founded by Ryan and Sara Hall to fight poverty around the world by improving health. And what better way is there to promote healthy living than by running?”

Once he makes it to Maine, he’ll have one week before he heads back west to start law school at UC Berkeley. But in one way, Ouderslay has already made it, much like Tom Hanks. He was, after all, casually mentioned on Saturday Night Live.