Image via Franciscans of the Immaculate (CC by 2.0)

March for Life hashtag flooded by pro-choice activists on Twitter

Tomorrow’s Roe v. Wade anniversary is not only a significant day for the reproductive justice movement. Anti-abortion activists are preparing for the March for Life, an annual conference and rally held in Washington, D.C.

This year’s theme is “Pro-Life and Pro-Woman Go Hand-in-Hand,” a sentiment that opposes the notion that supporting women inherently means supporting abortion. Yet, when anti-abortion advocates signed on to Twitter to speak about this morning’s March For Life keynote address, they were greeted with a significant wave of backlash from their opposition.

Former Cosmopolitan reporter turned conservative writer Sue Ellen Browder opened the March for Life conference today with a keynote address, titled “Why the Pro-Life Movement Is the Authentic Women’s Movement.” Attendees and supporters were encouraged to tweet reactions and responses using the hashtags #whywemarch and #prolifeprowoman. As soon as the keynote began at 9am EST, however, pro-choice activists were armed with responses of their own. 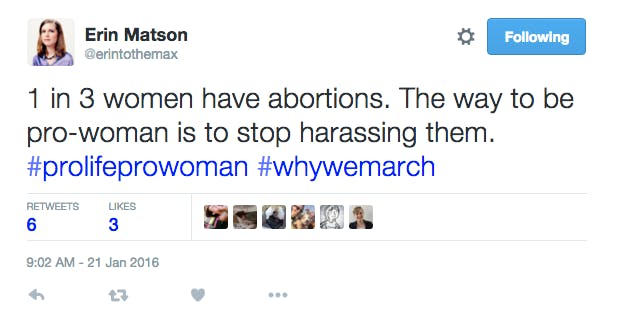 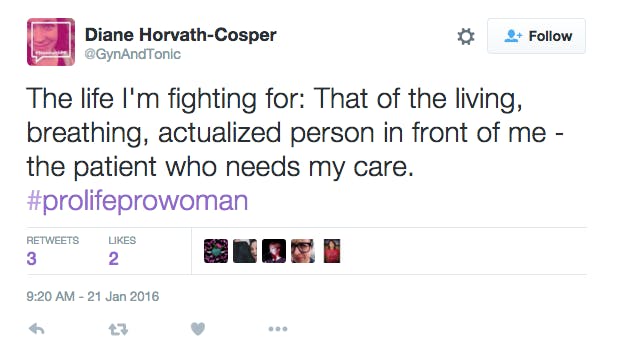 Erin Matson, co-founder of the reproductive justice direct action group Reproaction, told the Daily Dot that she mobilized activists to push back against #prochoiceprowoman in order to “remind people how deeply sexist [the anti-choice] movement is.”

“There is nothing pro-woman about telling women what to do,” Matson continued. “The pro-life movement works against basic human rights for women every single day. One in three women have abortions and harassing them is the polar opposite of being pro-woman.”

Specific reasons articulated by each tweet were unique. Some brought attention to the women who have died in the U.S. and abroad due to lack of access to legal abortion services. 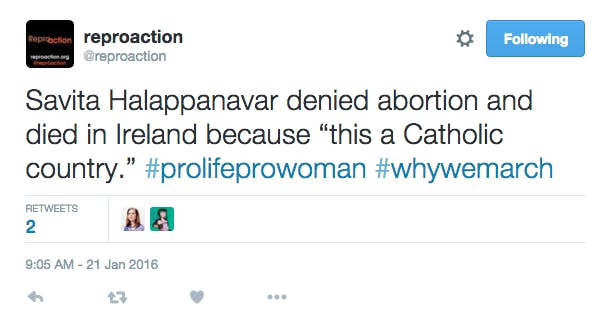 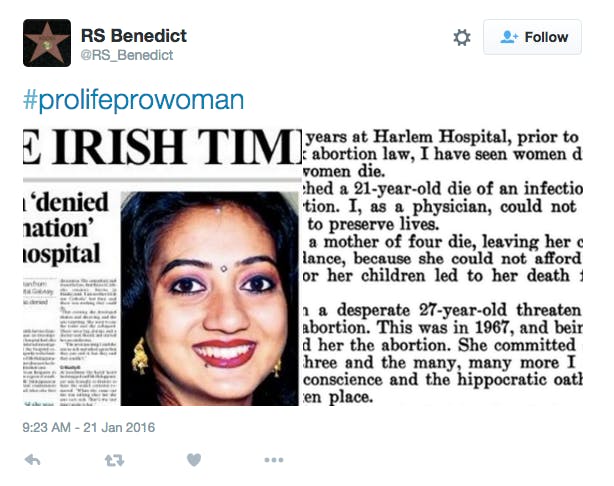 Others brought attention to the lack of support for women of color and LGBTQ women in anti-abortion talking points. 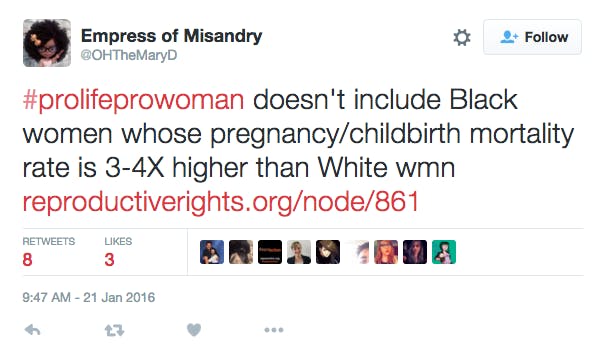 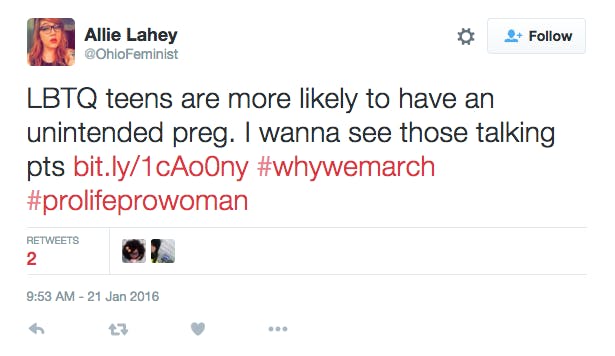 Still others emphasized the lack of compassion that anti-abortion protesters express in their dialogue. 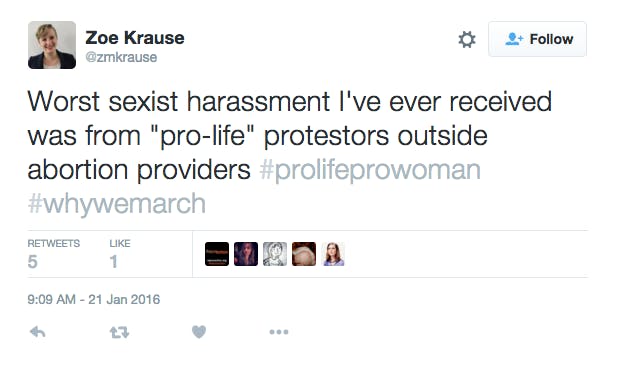 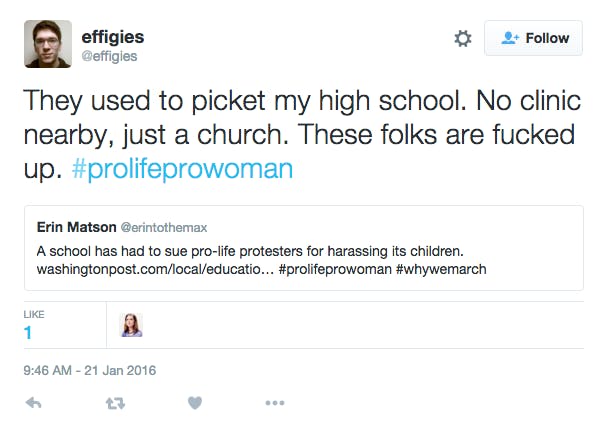 Matson said she saw the diversity of messages in the tweets as a very positive sign.

“We’re very pleased with the activists who rose up today to respond to the ridiculous and offensive theme of the March for Life,” she told the Daily Dot. “Most people in this country support abortion rights, and we are not going away.”

At the time of publication, the March for Life had yet to respond to the Daily Dot’s request for comment.

Image via Franciscans of the Immaculate/Flickr (CC by 2.0)