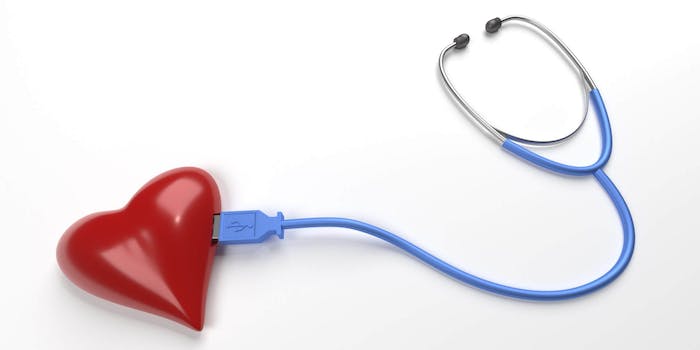 Americans are sharing their #PrivateHealthLIFEhacks to help Brits

'These are people’s personal experiences to have to adapt private healthcare.'

The U.K. is bracing itself for a far-right government, and there’s one change, in particular, that’s terrifying a lot of U.K. citizens: the privatization of the healthcare system. Adding to the concern is recent reports claiming that the U.S. aims to capitalize on the U.K.’s healthcare system by having a massive share in its privatization.

After the win for U.K.’s Conservative Party on Thursday, Imani Barbarin, an American writer and advocate, felt the need to do something to help scared Brits. She created a #PrivateHealthLIFEHacks thread on Twitter where people shared how they’ve found their way around the exorbitant rates of medical procedures in the U.S.

With the recent UK election, I feel it is our duty as the US disability community to help with some life hacks for our friends whose lives are about to be threatened by privatized care. #PrivateHealthLIFEhacks

“There’s been a lot of conversation in my U.K. followers who are terrified and trying to make people aware of their fear of privatized care,” Barbarin told the Daily Dot, “especially when it comes to getting people to understand how little money disabled people have to invest [in] their care. And I see the U.K. kind of going in the direction of the U.S. where disabled people will be making some extremely difficult and painful choices.”

U.K. citizens seem largely unaware of what the implications will be. A recent video by former organizer and Labor party adviser Mike Buckley showed interviews with U.K. citizens being asked to gauge the cost of certain healthcare procedures in the U.S. Many were shocked at learning how wrong their answers were.

After Barbarin’s initial tweet, people jumped in with advice and anecdotes about what has worked for them.

“The advice we are giving out, these are people’s personal experiences to have to adapt private healthcare,” Barbarin said. “We understand the fear.”

#PrivateHealthLIFEhacks if you're epileptic and you know you're epileptic from non-febrile seizures, get a medical ID that says not to call an ambulance and instead call an EC. Make sure people you're around often know what to do. Ambulance is often unnecessary and $500

#PrivateHealthLIFEhacks if you have chronic pain, find a massage therapist who listens and is good. cost 1x month is worth the benefit and often cheaper than any pain meds that might actually help.Interchange for acupuncturist in old school method if you have TOS or radiculopathy

One of my meds, Vyvanse, costs $800+ without insurance, and costed $200+ with my parent's private insurance.

Because of applying to patient assistance programs, I get two of my medications for free every month because of doing this.#PrivateHealthLIFEhacks

Barbarin is aware that there may be concerns with the accuracy of the information. While some “hacks” might work for some people, they might not work for others. And as is always the case with issues of healthcare, people those accessing the services are likely already in a position of vulnerability.

It’s strongly recommended that you check with your doctor before employing any “hacks.”

When getting blood work, ultrasound, etc., you'll need your ins. approval 1st, & you'll need to have it done at a place that your insurance covers. Some places won't tell you til afterward– it's a nasty surprise. Don't get it til you get confirmation #. #PrivateHealthLIFEHacks

In the thread, many suggested refilling medication prescriptions right away.

Also, use the old meds first and slowly build a buffer forwards where you can. That way your safety buffer meds are the newest and will last longer. #PrivateHealthLIFEHacks

If your insurance bills you for something you KNOW should be covered, it's often that the doc's office used the wrong billing code. Call both places to make sure they get their codes matched properly. Keep notes of names, dates, codes, etc. #PrivateHealthLIFEHacks

Call your insurance company to see if they cover your medication before you get it just in case they don't cover it and get whatever you can right now before it's not covered anymore. #PrivateHealthLIFEhacks

And sometimes it isn't quiet and the hospital outright has a financial aid office. Always ask. Often they just need a copy of your most recent tax return to offer help. #PrivateHealthLIFEHacks https://t.co/uNVNvoDmTk

Always read your bill because you will be double-charged for things. Sometimes offices fail to contact your insurance and bill you as uninsured. #PrivateHealthLIFEhacks

Overall, the responses showed how much work people with any kind of health issues have to do to merely survive. Barbarin said the responses were “heartbreaking.”

“Whenever a company has the ability to place a value on your life, you’re already coming up short,” Barbarin said.

Websites like https://t.co/bjCxpow7HV and https://t.co/slRZg9MmL5 can be helpful places for finding (and offering) medical devices and other necessities. Local swap meets sometimes, too. #PrivateHealthLIFEHacks

“I feel greater scrutiny around the healthcare conversation leads to a lot more invasive stereotypes and questions for people with disability,” she said.

At least one user said the #PrivateHealthLIFEHacks thread was “eye-opening.”

“I retweet [the advice] because I think they’re incredible in their desperation,” Barbarin said. “It’s incredible that this is a necessary behavior that disabled people have adopted to in order to survive day-to-day.”

The #PrivateHealthLIFEhacks hashtag is super eye-opening about what life is like under a fully privatised health care system.

— Mikey RN Antifascist before you were born 🏴 (@mikeythenurse) December 13, 2019