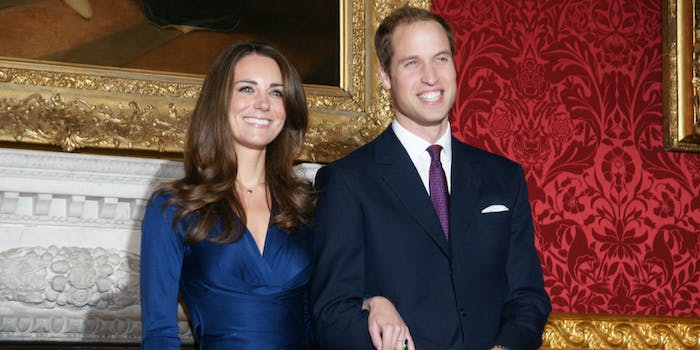 According to Kensington Palace, Duchess Kate took this photo herself.

The world has finally received a glimpse at Princess Charlotte Elizabeth Diana, the little girl born to the Prince William and and Kate Middleton, the Duke and Duchess of Cambridge, on May 2.

Kensington Palace shared the first official photo of the little princess, seen posing in the lap of her almost two-year-old brother Prince George.

Although the photo made its Twitter debut today, Kensington Palace reports that it was taken by the Duchess in mid-May.

Members of the British royal family are some of the biggest celebrities in the world. When a Duchess shares a baby photo—even one that looks like literally every other baby photo—everyone cares. Naturally, the photo is blowing up on social media.

Imagine if your friends’ Facebook baby pictures were so important that they trended on social media. Perhaps they wouldn’t be posting so many of them.