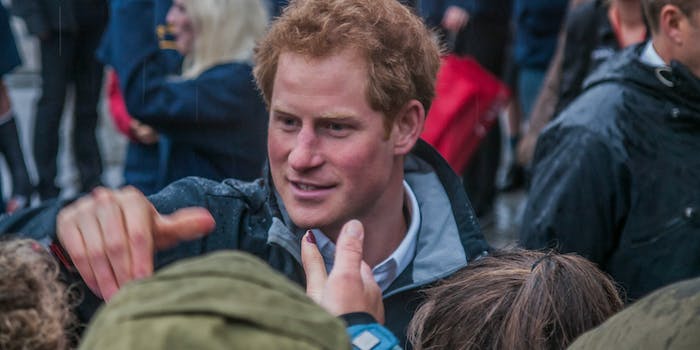 Prince Harry hopes to "normalize" the conversation on mental illness.

It’s been 20 years since Princess Diana was killed in a car crash in Paris. While her death was mourned around the world, her son Prince Harry is now publicly opening up about his turbulent years coping with her death.

In a recent interview with the Telegraph, Prince Harry says he “shut down all his emotions” after his mother passed, and despite insistence from his brother, Prince William, he struggled to seek help throughout his 20s. Eventually, Prince Harry sought out mental health counseling at 28, after he began feeling intense anxiety at royal engagements. According to him, he was “on the verge of punching someone” in everyday life.

“I can safely say that losing my mum at the age of 12, and therefore shutting down all of my emotions for the last 20 years, has had a quite serious effect on not only my personal life but my work as well,” the Prince told the Telegraph.

The Prince found himself very close to a nervous breakdown, noting that life in the public eye only made his struggles worse. Now, after seeking help, Prince Harry says he’s in “a good place.” And by opening up about his mental health, he hopes that others will come forward, fight back against the stigma of mental illness, and seek out help if they need it.

“The experience I have had is that once you start talking about it, you realize that actually, you’re part of quite a big club,” Prince Harry explained. “What we are trying to do is normalize the conversation to the point where anyone can sit down and have a coffee and just go, ‘You know what, I’ve had a really shit day, can I just tell about it?’ Because then you walk away and it’s done.”