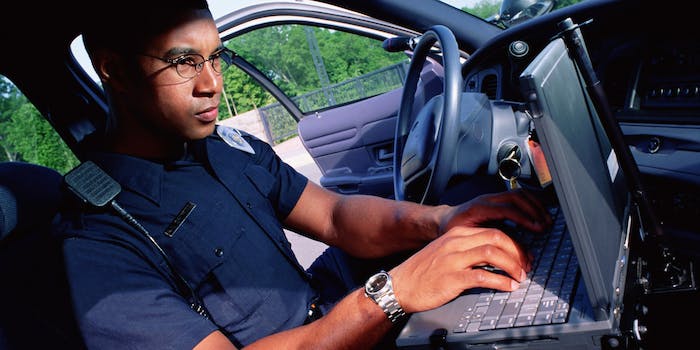 Predictive policing tools are falling out of fashion.

One of the more egregious examples of police industry false advertising arrived back in 2012, when IBM was heavily pushing its predictive analytics software.

Putting aside whatever the software’s actual merits are, IBM’s ad campaign—given airtime on national television as well as on major sites all over the Web—depicted a tool so powerful and prophetic that it directed a police officer to the exact mini mart that a scheming white, middle-aged robber was planning to hold up. When the assailant arrived, a cop awaited him there, smirking, leaning on his cruiser, hot coffee in hand. The assailant turned around and left, his criminal plot thwarted.

“It’s much easier to buy a product than it is to hire an employee.”

The advertisement is complete, fantastical bullshit; no crime forecasting software can predict crimes with such time- and coordinate-specificity. But the basic message, intoned matter-of-factly in voiceover as the bullshit scene plays out, is clear: IBM’s software “has helped some U.S. cities cut serious crime by up to 30 percent by stopping it before it happens.” The implied message is even more attractive to police officials: Departments that face dwindling budgets and rising crime rates can buy IBM software instead of hiring more police officers. They can do more with less.

Maybe. Early investments into predictive policing were not cheap. In Memphis, where the city rolled out its Blue CRUSH initiative with IBM software and help from a University of Memphis professor, the program’s annual cost was around $395,000, in addition to the installation of a $3 million Real Time Crime Center. And while IBM’s crime figures sure looked appealing (some IBM figures touted crime reductions of as much as 42 percent), subsequent research has indicated that crime reduction from predictive policing tools is likely a lot more modest than IBM might have you believe: As referenced in Official Police Business a couple weeks back, perhaps the most thorough academic study to date into predictive policing shows that software by PredPol—one of the best known predictive policing tools on the market today—can lead to a 7.4 percent reduction in “crime volume.” Not only is that much lower than any of IBM’s claims, that study was replicated by a French researcher who concluded that police could have similar results if they simply sent officers to patrol hotspots—areas where crimes were already occurring.

A representative of Azavea, which produces the predictive policing software HunchLab, told me last week that the company charges police departments a rate of $15,000 per year for every 50,000 people who live in a jurisdiction. That’s a fraction of what Memphis paid for its IBM-guided predictive program. Even that HunchLab figure might overstate costs.

This February Verge story put HunchLab’s annual price in St. Louis County at $50,000—which, according to the representative’s estimate, should cover a population of a little more than 150,000. (Government procurement database company SmartProcure shows that St. Louis County’s HunchLab bill was actually less than that—$45,427.20.) St. Louis County has a population of about 1 million—which means St. Louis got a pretty nice discount. And while that Verge story emphasizes the discount St. Louis County received by pointing out that it was quoted $200,000 per year by HunchLab competitor PredPol, that figure seems awfully high; SmartProcure data shows that PredPol’s biggest customer is the City of Richmond, just northwest of Berkeley in San Francisco’s East Bay area. Richmond has spent $150,000 with PredPol total since 2012. And that’s double the amount that PredPol’s second biggest customer has paid to the company.

The cost of predictive policing software seems to be dropping precipitously, in other words. And it’s no wonder why.

In a panel discussion last week at the University of Pennsylvania, RAND senior operations researcher and predictive policing expert John S. Hollywood pointed out that effective machine learning and predictive analytics software is available open-source on the web—i.e. for free. Since most police departments today gather crime data and make use of crime hotspots to carry out patrols anyway, it’s not unthinkable that some police officials might eschew contracts with predictive policing companies and instead take care of analytics in-house.

The question, then, is whether police departments want to invest in a company’s software on an annual basis—which is “a little more turn-key,” as Hollywood put it—or invest in an actual human (or actual humans) to oversee a department’s analytics program, and bolster the hotspot programs they’re already building.

There’s a lot to consider.

The latter could involve “paying for a pension,” said University of Pennsylvania criminology professor John MacDonald. And outside the cost of an additional salary and pension for a police force, in most local and state governments, there’s also the issue of procurement, he said—going through the process of getting approval from a city council or other governing body to hire an analyst.

The quandary, then, is one of the most basic in any municipal environment: to hire more employees, or buy more software? As predictive policing makes its way into more and more police departments, we’ll find out which way departments seem to be leaning. But if past is prologue and the growth of law enforcement companies such as TASER International, Safariland, and Harris Corporation is any indication, the good money is on software.

As MacDonald put it last week: “It’s much easier to buy a product than it is to hire an employee.”