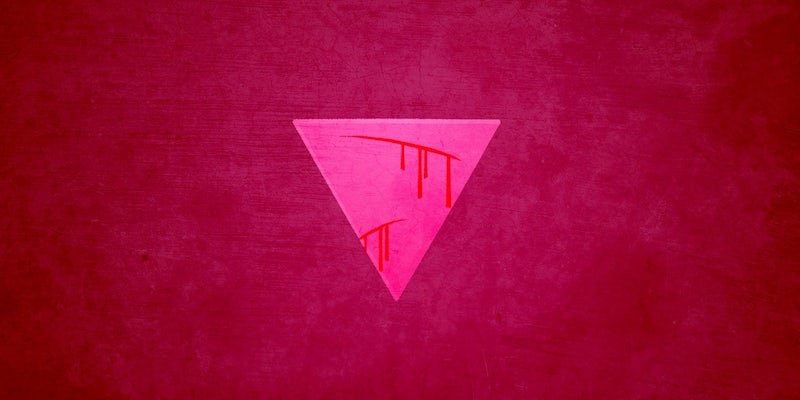 I used to think it was safe for me to be gay. Now I know it’s not

I lived through Matthew Shepard, but I still hoped I was living in a 'post-gay' era.

I don’t want to write this.

The Orlando shooting is still fresh, and I’m at work. My job as an LGBT reporter for a digital news site usually makes me feel #blessed. Today, however, I’m nearly unable to do my job. A flood of tears accompanies every third sentence written. A wince of pain comes from every glance at the news feeds.

As an out lesbian who recently turned 40, I straddle a generational divide. I’m old enough to have grown up in an era when there were no gay characters on television, when my mom’s friends were dying within weeks of their AIDS diagnoses, when mainstream newspapers and magazines didn’t report on queer people, and so the community relied on the Advocate, the Windy City Times, and the Lesbian Connection newsletter that was mailed door-to-door.

At the same time, I am young enough to have spent the past decade enjoying the increasing LGBT acceptance and celebrating the legal victories of this generation. I’ve watched as a trans woman posed for the cover of Time, as TV shows like Glee depicted queer youth in celebratory ways, as the Obama administration fought for LGBT rights, and as the Supreme Court made same-sex marriage the law of the land.

I thought we didn’t need to define ourselves with labels anymore, that we were loved (even popular), that the majority of Americans were willing to fight on our behalf, and that we weren’t at risk anymore—at least not the way we used to be. But I was wrong.

I was 22 years old when Matthew Shepard was killed in 1998. It was one of the ugliest and most disturbing homophobic murders many Americans had ever heard of, and it inspired long-overdue federal hate-crime legislation that finally created a way to punish and track anti-LGBT violence. But even a hate-crimes bill named for Shepard and James Byrd (an African-American man gruesomely murdered by white supremacists, also in 1998) faced intense opposition in Congress. The Matthew Shepard and James Byrd Jr. Hate Crimes Prevention Act was introduced over and over and over again until it was finally passed in 2009—11 years later.

But that was 20 years ago. The amount of time that has gone by since Matthew Shepard is roughly the same amount of time that Orlando massacre victims Luis Omar Ocasio-Capo (20), Jason Benjamin Josaphat (19), Cory James Connell (21), and Alejandro Barrios Martinez (21), were alive on this earth. And here we are again. Here we are, with 49 Matthew Shepards on our hands and countless more laying hospitalized, countless parents grieving, and a nationwide LGBT community in shock.

And no one has even uttered the words “hate crime.”

My bubble was burst on Sunday. I had been living inside an illusion of safety and equality that was slowly gained on the backs of thousands of LGBT people working so hard to fight for our rights. I thought, like many people much younger than I, that we were living in a sort of “post-gay” era. I thought we didn’t need to define ourselves with labels anymore, that we were loved (even popular), that the majority of Americans were willing to fight on our behalf, and that we weren’t at risk anymore—at least not the way we used to be.

My bubble was made, in part, out of relative privilege. As a white, feminine-looking cisgender lesbian living in large American cities, I’ve been able to pass and to be safer than others who aren’t able to blend into the heteronormative throng. But even that doesn’t mean I’ve been invincible.

Even for someone with relative privilege, I’ve never been totally safe. I’ve been called names like dyke, cunt, faggot, tortillera [a Spanish slang term for lesbian], muff-diver, and more. I’ve been attacked by a straight man in what I thought was the sanctuary of a New York City lesbian bar—a man who first poured an entire pint of beer into my face then punched me hard enough to knock me out and require stitches at the hospital late that night. I’ve walked through the streets of this country with girlfriends who were afraid to hold my hand or kiss me because they had been gay-bashed too many times to risk another incident. I’ve gone to straight clubs with girlfriends who refused to dance with me in such an environment, reserving that seemingly innocuous activity solely for LGBT spaces because they knew—as I did, reluctantly—that public lesbianism raises anger and violent tendencies in a lot of straight men.

We really are Orlando, and Orlando is us.

Today I feel so hurt. So angry. So tired… and, while it’s hard to admit, I also feel so stupid. I feel stupid and naive for thinking that everything was fine now. How could I forget that people still want to murder us just because we exist? It doesn’t matter that we never did anything to them. It doesn’t matter that so many LGBT people are gentle, kind, empathic souls who already live with enough suffering and pain—the pain of family rejection, the pain of loneliness, the pain of inequality and bullying and violence.

People still want us to die because we are queers, faggots, dykes, trannies, and freaks.

I went out the last two nights: to Stonewall, which turned into an impromptu march through New York City traffic Sunday evening. Alongside friends and strangers, I tried to yell out the pain and the anger. But it is still here.

That’s because today I see the names and faces of the dead. Among them are a lesbian DJ (Kimberly “KJ” Morris) who some of my friends knew, a 25-year-old from my Brooklyn neighborhood (Enrique Rios) whose mom can’t afford to bring his body home, and a fellow journalist (Jonathan Camuy) who was an active member of the National Association of Hispanic Journalists.

In person and on social media, I see my LGBT family mourning and freaking out, discovering names of loved ones lost in the massacre, and I’m reminded that we are still such a small community. Queer DJs and musicians make the rounds from city to city to perform, and the increasingly small network of gay bars are always a must when visiting from out of town. I’ve run into people I know while traveling almost everywhere, because the LGBT scene really is that tiny. With a few degrees of separation—or none at all—each of us knows someone who knows someone who was brutally murdered on Saturday night. They are our exes, our exes exes, someone we danced with or stood next to at a pride festival, or volunteered with at the local LGBT community center or nonprofit.

It could have been me that night. I can still be killed for being gay. In the United States. In 2016. And that’s why today I am so hurt but also so angry. I want Orlando to be called a hate crime. I want every single conservative politician who tweets out useless “thoughts and prayers” to use the words gay and Latino and transgender in their statement. I want every headline of every newspaper to say “LGBT people of color killed in homophobic attack” instead of glossing over his motive and turning the shooting into just another excuse to spend more money on ISIS.

I want my bubble back. I want to go back to feeling safe, to feeling like we won. Like we’re equal. But that may never happen. The truth is, I’m scared. I’m really fucking scared.