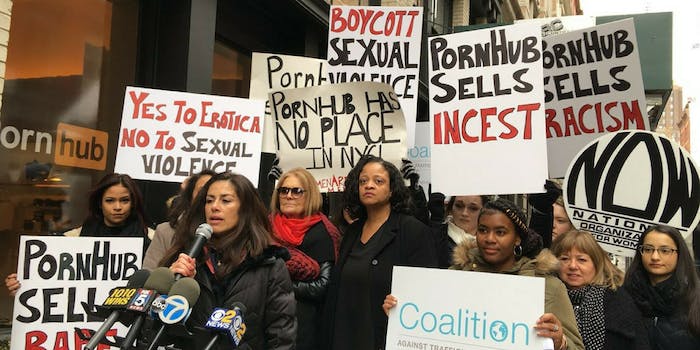 Advocates against sexual violence want to shutter Pornhub's future as a pop-up shop.

“It is a hub that, in this moment of consciousness that is engulfing this country now, we must realize is the source of the poison that is in our system,” Steinem said, the New York Daily News reported.