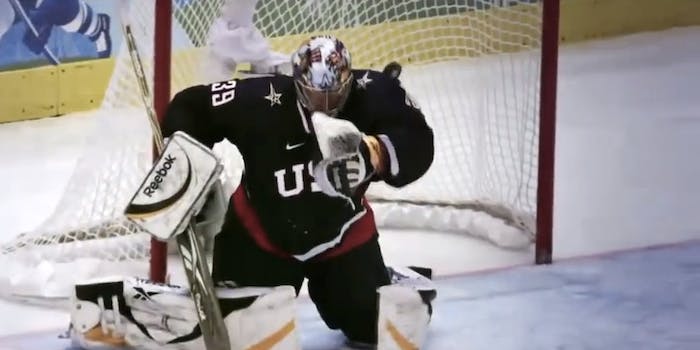 Naturally, this led curious fans to wonder what was in it for them:

Unfortunately Team USA lost to the Canadians, who after beating the U.S. hockey team 1-0 will face off against Sweden in the gold medal game. Begging the question: