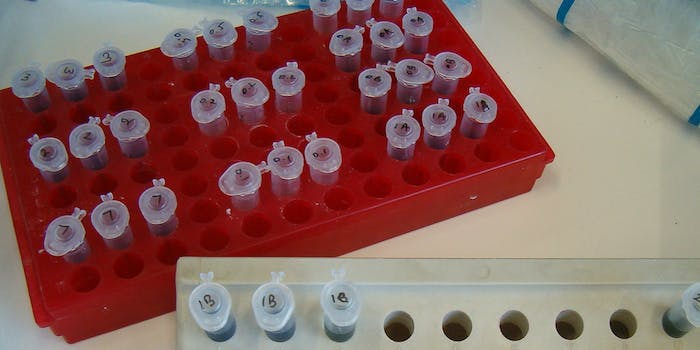 This will be the third such moratorium on production since last summer.

Diane Duke, the president of the adult industry organization the Free Speech Coalition (FSC), called for the moratorium on shooting today after one of the testing facilities reported that an adult performer had tested positive for HIV, the L.A. Times reports. Performers are typically tested every 14 days to be cleared for production.

The FSC has released the following statement on its blog:

“There was a positive test at one of our testing centers. Confirmatory tests are not yet back but we are taking every precaution to protect performers and to determine if there’s been any threat to the performer pool,” said FSC CEO Diane Duke.

“We take the health of our performers very seriously and felt that it was better to err on the side of caution while we determine whether anyone else may have been exposed.”

The next steps will be to perform additional tests, determine a timeline, and identify any first generation partners.

“We want to make sure all performers are protected. The performers’ health and safety is the most important thing,” Duke added.

As of this notice, FSC calls for all production to halt immediately, until further notice.

Since then, the industry has changed its testing standards, requiring performers to be tested for HIV and other STIs every 14 days rather than every 28 days, as was the case before 2013.

The Daily Dot has reached out to the FSC for comment, and we will update this story as it develops.

Update: The Daily Dot received the following statement from Duke:

Since HIV tests sometimes generate false positive results, we are now doing additional testing to confirm the results, as well as to determine if the virus was acquired through work in adult film. In the meantime, we have alerted and are testing any of the performer’s scene partners, and are stopping any additional production until we can determine if there is or was any threat to other performers.

The Adult Performer Advocacy Committee (APAC), the union for adult performers, has also released a statement on the moratorium. The statement urges performers to refrain from shooting while the moratorium is in place, as well as to avoid speculating about the identity of the as-yet unnamed HIV-positive performer on social media.

Yesterday’s potentially positive HIV test by adult performer was a false positive. The performer does not have HIV.  Additionally, the first generation performers who were tested proactively have also come back negative.

The moratorium has been lifted and production on adult film has resumed.