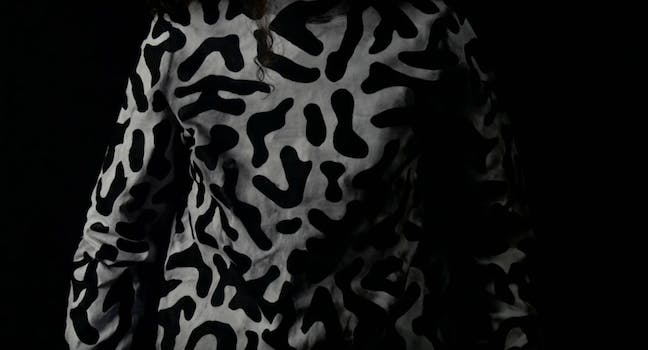 Can these pollution-detecting shirts save the planet?

Aerochromics wants to use fashion to solve climate change.

Because the internet provides something for everyone—even the wealthy, environmentally conscious—you can now buy $500 shirts that tell you when it’s polluted outside.

Aerochromics has launched a “line of reactive clothing that transforms its pattern as increased levels of harmful particles in the air are detected, giving you added awareness of your surroundings.”

The three available shirts signal particle pollution, carbon monoxide, and radioactivity, respectively. The company is run by Nikolas Bentel, who told the Daily Dot over email that even though the shirts have a pretty hefty price tag, he hopes the technology becomes accessible to everyone.

“My vision is to create a system of interconnected sensors that will help us better understand the causes and effects of pollution,” says Bentel. “This internet-of-things concept for the shirts will be imperative to develop to have more effective solutions in fighting pollution.”

Bentel hopes that this is just the first step to motivating people to become more politically minded about pollution. “Once the general population can understand what pollutants are around them, they will begin to understand the dire situation we are in,” he says. “Once people see the side effects of global warming and pollution directly [affecting] their daily lives, I believe people will take more action on the situation.”

While bringing awareness to the issue of pollution is important, don’t we, ummm, already know what most of the causes and effects of pollution are? And while it’s personally useful to know if you’re at risk of carbon monoxide poisoning or increased levels of radiation, on a practical level, how does that knowledge help you if there’s nowhere else for you to go?

Not that we couldn’t benefit from more environmental research and knowledge, but these shirts seem like the equivalent of telling someone, “There’s a 30 percent chance it’s already raining.”

Solutions like this show that the “internet of things” can only go so far. The clothing makes pollution the problem of the individual, not the corporations or governments who could affect the most change. And while it could very well inspire grassroots movements for greater environmental protections, it could also do what every other warning about pollution seems to have done so far—induce panic and anger for a minute, followed by the slide into indifference at our slowly dying planet.