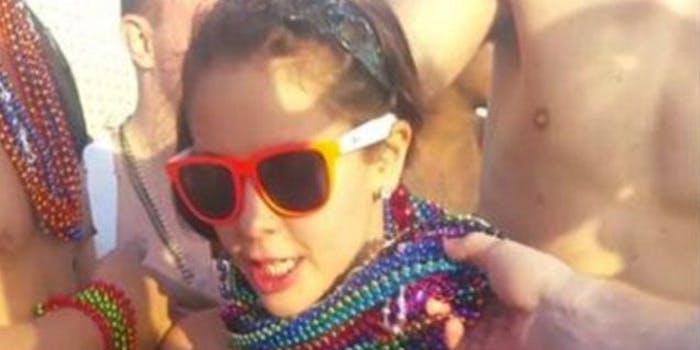 Authorities fear the young woman may be in danger.

It’s mid-March, and you know what that means: freak snowstorms in the north and hundreds of underage drinking arrests down in the sunny south. But police in Florida’s Bay County are especially concerned about one young spring breaker who may be in dire straits.

According to the Panama City News Herald, disturbing images of a naked girl amidst aggressive male revelers have circulated on Twitter since March 11. In one photo, “she is partially attempting to cover herself” as shirtless men surround her and “an arm reaches into the frame, grabbing the stack of beads around her neck.” Another photo, Bay County Sheriff’s officials said, depicted her “bent over dancing at the edge of the Gulf of Mexico.” 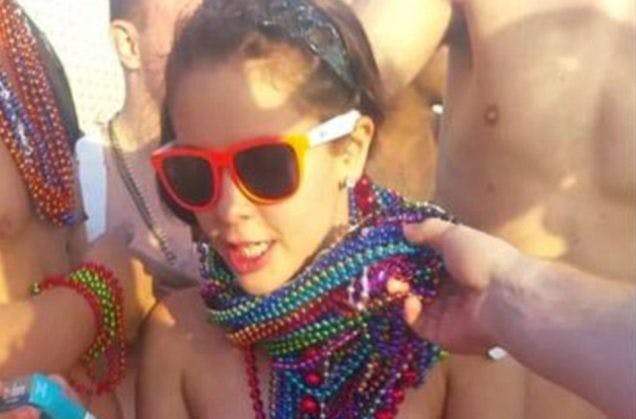 “We aren’t trying to get her into trouble,” said BCSO spokeswoman Ruth Corley. “We want to make sure she isn’t in trouble.” She emphasized that the department wants “to make sure she is OK, check her well-being and make sure the pictures were consensual.”

Spring break towns are known hotspots for sexual assault. The local paper of Daytona Beach, Fla., labeled the city “Florida’s rape capital” in 2010, following a spike in cases that accompanied the annual festivities. Last year, a young woman said she had been raped in Crystal Beach, Texas, while two dozen partiers watched—with one recording the crime on video.

Update March 22, 11:28am ET: The 17-year-old woman in these images has identified herself to authorities after learning of the investigation into their origin. She said they depict only consensual acts but that she did not know her photo was being taken.