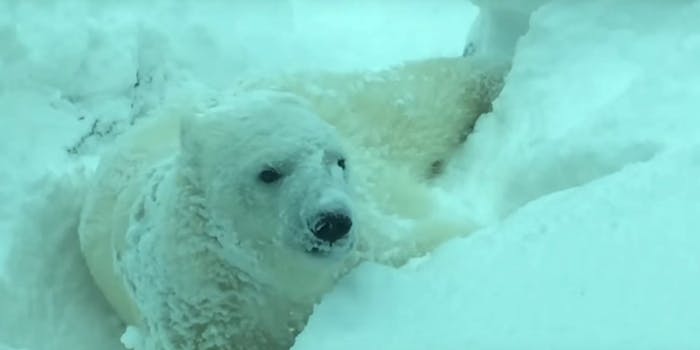 This will melt your frozen heart.

Oregon Gov. Kate Brown declared a state of emergency after Portland was hit with a historic storm that blanketed the metro area with a foot of snow Tuesday night. That basically meant the entire city took Wednesday off to go sledding and have epic snowball fights. But no one enjoyed the rare snow more than the animals at the Oregon Zoo.

While the zoo was closed for the day, a local photographer apparently skied to the facility to capture reactions from the polar bears, otters, and seals, and it’s the closest thing to pure joy you’ll see all day. Even the baby elephant loves it.

There is also another version on Twitter with improved audio.

The only problem is that this video is just over two minutes long. We could watch these polar bears all day.