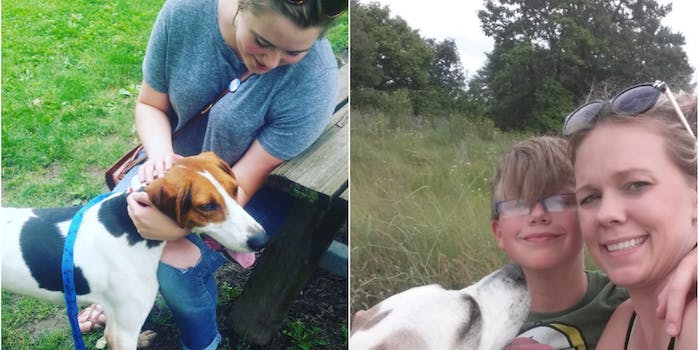 Since Pokémon Go was released last week, parks and other outdoor areas have been swamped with people walking around glued to their phones–many with pups in tow.

Now players in Muncie, Indiana, can take it a step further, walking shelter dogs as they hunt for Pokémon.

Phil Peckinpaugh, director of Muncie Animal Shelter, told the Daily Dot he came up with the idea after playing on the app with his 6-year-old daughter on Tuesday.

“The next day, while on the way to work, I saw just droves of people walking all around our city, which is home to Ball State University,” he said. “On the campus of that university, there were just tons and tons of young people playing this game and I just thought it would be such a great fit if we could pair these people who are playing this game with dogs at our shelter, and get our dogs out for some stimulation, exercise, and exposure.” 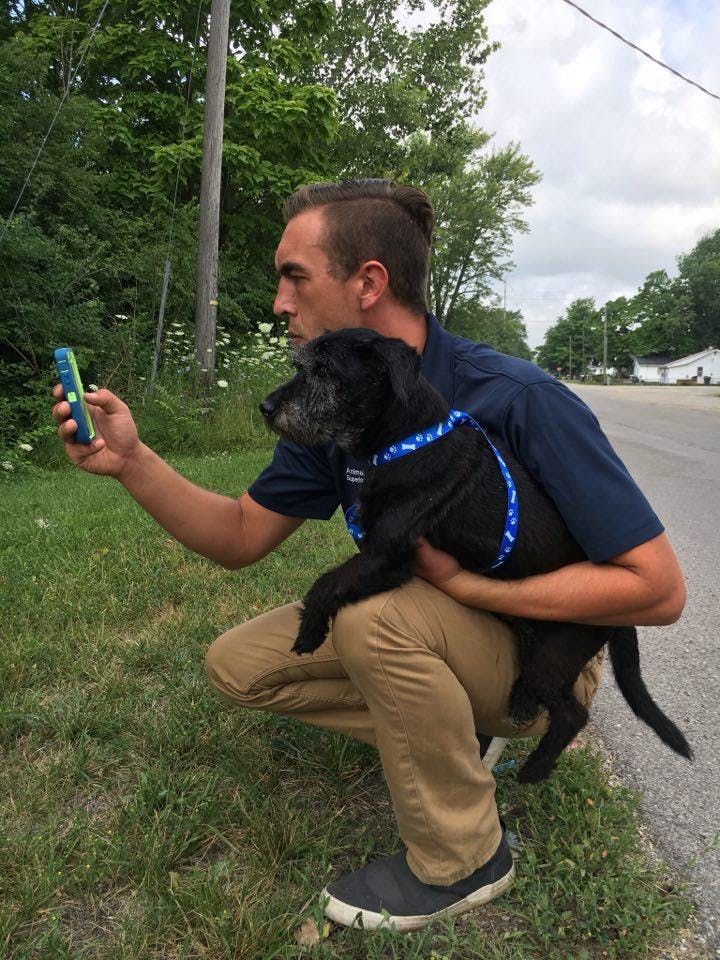 “The response has just been amazing,” Peckinpaugh said. “We’ve had families drive from outside of our city—from Noblesville, which is right outside of Minneapolis, to Bloomington, which is two hours away, and we had a couple come from Fort Wayne.”

Users online responded positively to the news, but not without a bit of humor at times.

DOG: HE'S THROWING BALLS BUT I CAN'T FIND THEM

. @MuncieShelter I also like that you say, "I'm here for the Pokemon dogs." I picture them coming out with their own little phones.

Out at @Minnetrista walking Miley from the @MuncieShelter to get those #PokemonGO #muncie # stepsforacause pic.twitter.com/HLgmIWJwKL

This is Clyde he's an adoptable dog at the Muncie Animal Shelter. Go take him on a Pokemon walk he's a good one. pic.twitter.com/ArFncM9yqI

Peckinpaugh said Muncie has heard of a few other shelters that have started to use the same idea.

“I think that’s great,” he said. “I think that it such a great thing for the dogs at every shelter in the United States. It’s easy, it just makes sense. It’s the right thing to do for the dogs.”