These are the Pokémon do-gooders out to make a difference

Meet the players who want to bring the game to children's hospitals and park clean-ups.

A few weekends ago, a group of about 25 Poké-crazed do-gooders descended on Utah Park in Aurora, Colorado, armed with garbage bags, trash pickers, and Pokéballs. For two hours, the team cleared cans and food wrappers from the 46-acre park and scrubbed graffiti with special parks-department-approved tools. But the most surprising charitable act of the day: Many of the volunteers waited until after the cleanup was over to begin their search for Pokémon.

Twenty-six year old Raymond Schum, a student at the Community College of Aurora studying science and math, had recently visited the park to catch rare Pokémon and noticed the grounds had become kind of disgusting.

“Apparently, trash was an issue before Pokémon Go came out, but with the increased traffic because of the game, it was becoming more of an issue,” Schum explained. “So I started cleaning up a little that day, and decided I was going to organize an event to help take some of the load off the parks department from the increased traffic.”

Schum lured players there with the promise of Dratini, a rare serpent Pokémon known to spawn in the park and evolve into one of the strongest in the game. He posted about the event on the subreddit and a local Pokémon Go Facebook group to get the word out. He even asked his friend to create an image of a sad Dratini trapped in trash to advertise the event. 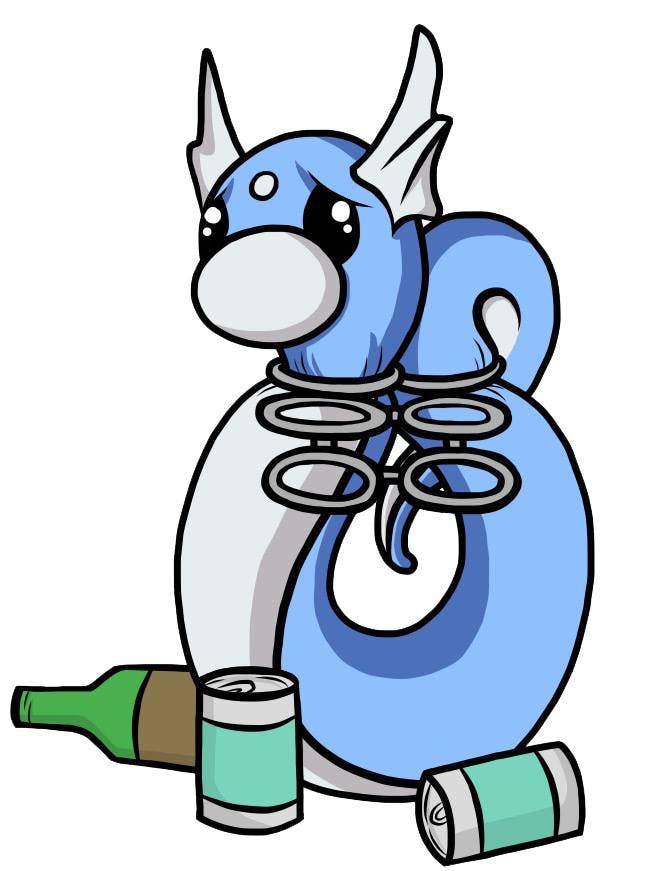 In the end, there weren’t any Dratinis to be caught (which Schum suspects is due Niantic’s controversial update that disabled PokéVision). “I was very disappointed in that, but it made it even better that so many people showed up,” Schum said. 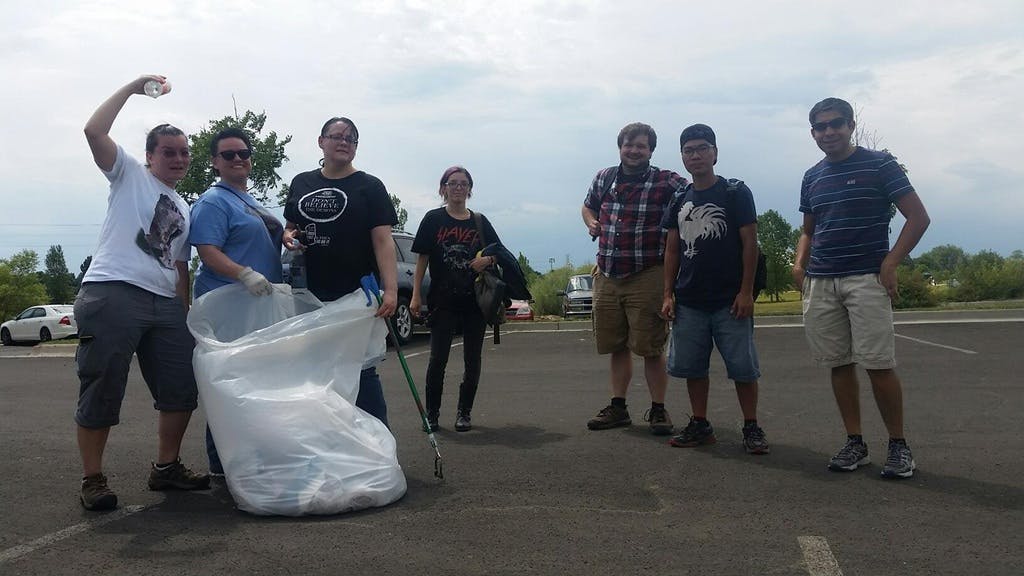 The cleanup was the first IRL event for the Nurse Joy Project subreddit, which was started back in July by Rob Gaines, a 21-year-old college student in Brunswick, Maine. While on his quest to train “history’s most badass oddish” (he refuses to evolve the radish Pokémon), Gaines noticed a number of people posting about cleaning up litter and using lure modules to bring Pokémon to children’s hospitals.

“I had the idea of putting the subreddit together as a place to encourage people to do that kind of thing, give them the opportunity to brag about it a little, get some recognition, and ideally try to make more of that happen,” Gaines explained.

Gaines realized what to name the subreddit after seeing this post in the general r/pokemongo. 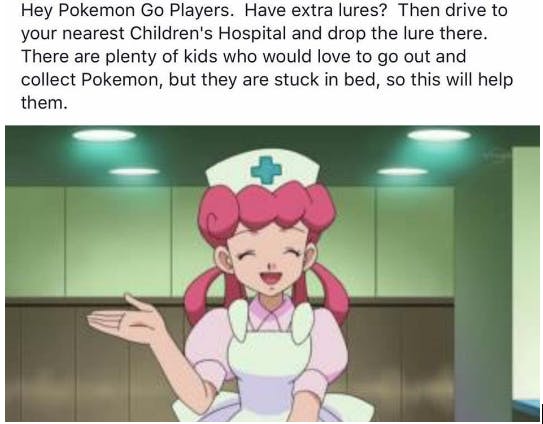 “[Nurse Joy] is this very helpful and charitable character who helps the main characters when things go wrong, and their Pokémon get beaten up,” Gaines said. “So I thought it was in the spirit of helping people out.”

The Nurse Joy Project started mostly as a way to encourage Pokémon Go players to bring the fun to children’s hospitals so kids who can’t get out to play the game can still catch ’em all. Some hospitals have embraced the Pokémon phenomenon. For instance, Johns Hopkins Hospital in Baltimore has been setting up lure modules to bring more Pokémon to the facility, and Harborview Medical Center in Seattle is testing whether the game can help treat burn victims.

Others hospitals call the game disruptive, though, and beseech players not to drop lures nearby. The Royal Children’s Hospital in Melbourne, Australia, said, “Placing lures around the hospital, when children cannot leave their rooms, may create unrealistic expectations, and subsequently, much disappointment.”

Schum thinks the opposition to Pokémon Go is a missed opportunity to bring sick kids joy, and some redditors would like to see Niantic make it easier to play the game in hospitals without moving around. Regardless, Gaines says trainers need to ultimately respect hospitals’ wishes. “The hospitals really should have the first, last, and only say in this,” he said.

With road bumps in their initial mission, the subreddit has expanded to include any charitable act while playing the game. “Park cleanup works particularly well because the game is programmed to reward people for walking around,” Gaines said. “The programming side, the social side, and the good works side really come together on park cleanup. That’s one of the things I’m most optimist about.”

Schum sees a lot of potential in these kinds of events, too. He’s now working with Aurora’s Parks and Recreation Department to organize more Pokémon Go cleanup events, and he hopes Niantic will work with Poké volunteers organizing similar events across the country.

“It would be really cool if they gave support to the charitable events that are being organized around the game,” he said. “It would be fantastic if I could contact them and say, ‘Hey, we’re going to be at this park. We’re going to be cleaning up trash. Could you spawn some Grimer?’ which is a pollution Pokémon. So then you could clean up the pollution in the game as well.”

Nurse Joy Project redditors are also posting about using apps,  like Wooftrax and Charity Miles, that direct money to certain charities based on how far users run, how many miles they walk a dog, or how many photos they submit.

Gaines wants to use what he sees as the meaningless but intense competition between the Pokémon Go teams to spark more charitable events on the subreddit.

“I have been thinking about a feature to roll out, possibly to total score tallies for three different teams,” he said. “You could say something like, ‘Valor’s in the lead with three park cleanups and 20 individual actions in the past week, followed by Instinct, followed by Mystic,’ to give people another little something to compete over.”

Ultimately, though, Gaines doesn’t want the subreddit to become competitive in a way that’s not constructive, pointing to the shit-talking on the regular Pokémon Go subreddit. He likes to think the members of the Nurse Joy Project are really all on the same team.