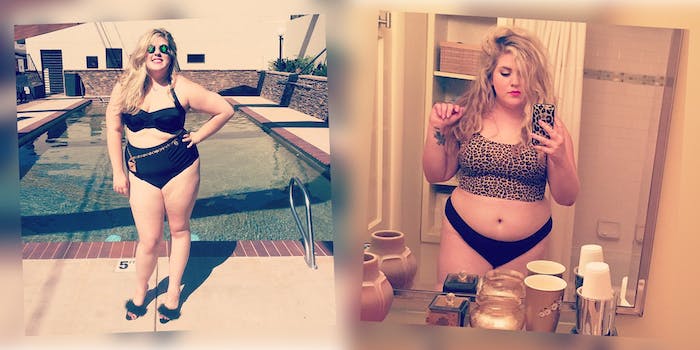 Oprah's 'O' magazine has a surprisingly negative view on the subject.

Readers of Oprah Winfrey’s magazine O noticed something startling in the July print issue: a fat-shaming piece of advice in the rag’s fashion advice column.

“If (and only if!) you have a flat stomach, feel free to try one,” reads the reply.

Plus-size fashion blogger Sarah Conley, alerted to the line by a friend, decided to fight back by using the hashtag #rockthecrop on Twitter and invited other ladies to join in by posting proud, crop-rocking selfies.

On Twitter and Instagram, plus-size fashionistas quickly flooded the feeds with selfies of them wearing shirts that hovered above their waistlines.

@styleit the minute I read it, I knew I had to #RockTheCrop. @O_Magazine we make our own rules! pic.twitter.com/tiVWXprH2N

One Instagram user, Leigh Rich, also posted these selfies but tagged her photos with #SlutsWithGuts.

“Most women don’t have flat stomachs,” Rich said, “Why shouldn’t we get to wear something that makes us feel sexy or comfortable or trendy?”