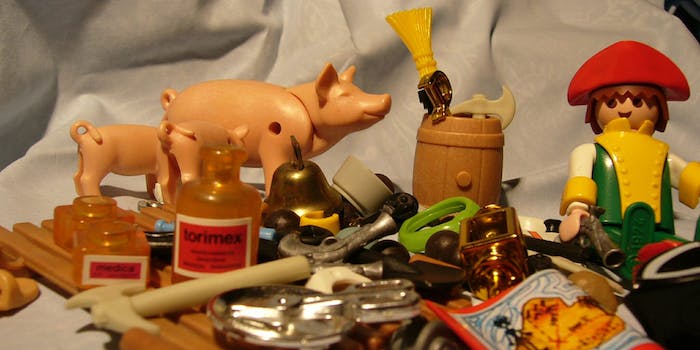 Historical accuracy isn't in evidence throughout the rest of the ship.

Playmobil’s Pirate Ship has been a beloved children’s toy since its introduction in the early 1970s, mainly because it’s everything a child could want in a toy: It’s ridiculously large, it can float in water, and—as the name implies—it’s a ship with pirates.

However, the latest version of the ship includes a very controversial accessory. For a product that first hit shelves in 2011, it’s surprising that this figurine, included with the ship, is only just now causing commotion. 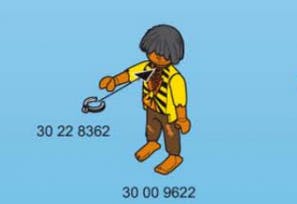 Somehow, it took four years for somebody to notice that the children’s toy includes a slave pirate and a slave collar. When Sacramento, California, resident Ida Lockett’s five-year-old son received the ship as a birthday present, she flipped through the assembly instructions and wasn’t happy to see the dark-skinned pirate depicted with an arrow pointing to his neck, with a slave collar on the other end.

“You cannot have this specific accessory and call it anything else,” she told the local CBS affiliate. “The fact that you can Google it, look it up, say what it is—it’s a slave collar.”

Playmobil told the Washington Post that the figurine’s design was simply based on historical accuracy.

“If you look at the box, you can see that the pirate figure is clearly a crew member on the pirate ship and not a captive,” according to the statement. “The figure was meant to represent a pirate who was a former slave in a historical context. It was not our intention to offend anyone in anyway.”

Still, the addition of a slave collar is a bit odd, especially when compared to the original, early 1978 lineup of pirates included with the ship. 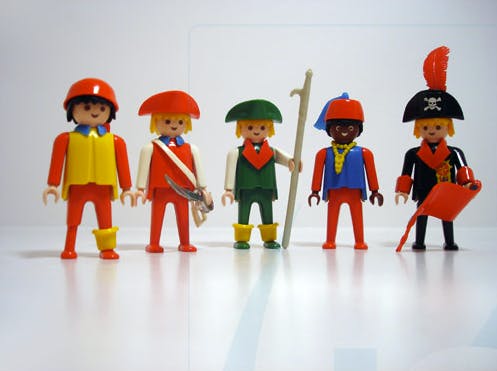 The dark-skinned pirate is a bit stereotypical—actually, he is a 1970s pimp stereotype—but the other figurines look like members of Sgt. Pepper’s Lonely Heart’s Club Band. Complex racial issues aside, there’s nothing quite historically accurate with the original lineup (or the boat, for that matter).

With historical accuracy being such a concern this time around, do you think they got everything right (besides the slave figurine)? 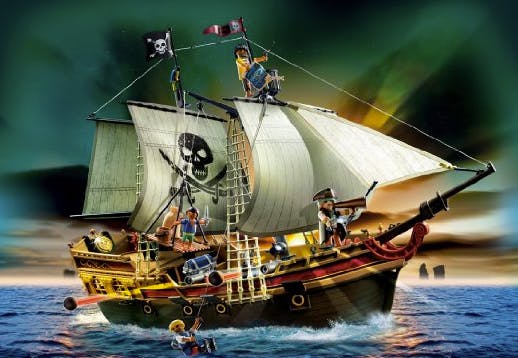 The slave pirate, while controversial, is not a shocking move by Playmobil. Their past releases show a lack of concern for racial sensitivity. 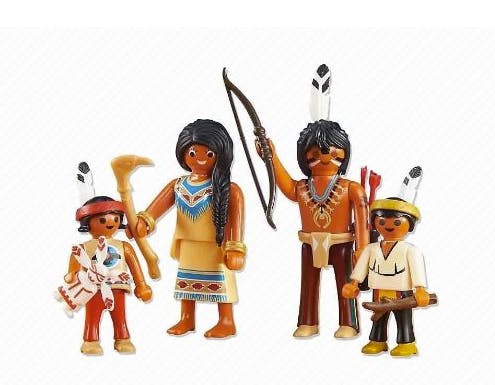 But the slave collar pirate is unique: Instead of trading sensitivity for stereotypical cuteness, it trades it in for an ugliness—one that a kid could stand to wait a few more years before learning about (and preferably then in a classroom or book—anything but a toy).

H/T The Washington Post | Photo via kafka4prez/Flickr (CC BY 2.0)