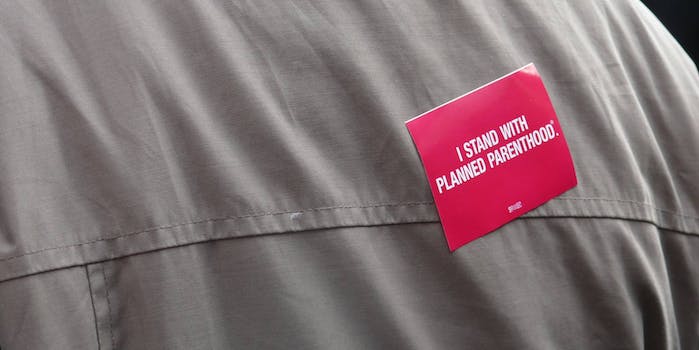 A report says they're profiting off the sale of fetal tissue, even though that was debunked.

Remember last year when Planned Parenthood was accused of “selling dead baby parts,” even though they were donating the organs and tissues of aborted fetuses, with permission of abortion patients, to research facilities, as they are allowed to do under federal law? And how, because of the hubub around this perfectly legal procedure, Planned Parenthood stopped collecting reimbursement fees on the costs associated with those donations, even though federal law also allowed them to do that? Well, the Republican-controlled Senate now wants the Department of Justice to investigate whether Planned Parenthood sold fetal tissue.

Senate Judiciary Committee Chairman Chuck Grassley announced that he is “referring several Planned Parenthood affiliates and companies involved in fetal tissue transfers, as well as the Planned Parenthood Federation of America, to the FBI and the Department of Justice for investigation and possible prosecution.” Grassley says a report suggests that three lab companies have paid affiliates of Planned Parenthood Federation of America for aborted fetuses, and then sold the fetal tissue to customers “at substantially higher prices than their documented costs.”