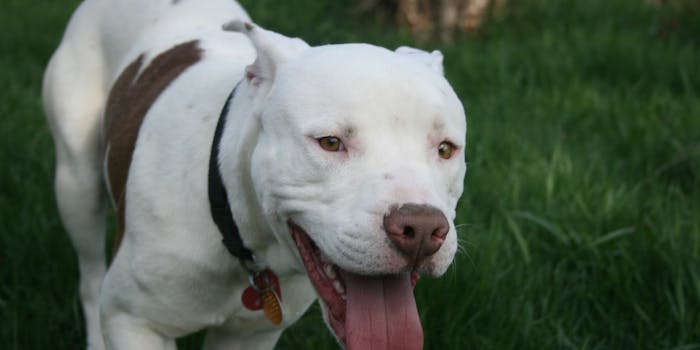 They can't eat until she says they can eat.

This 4-year-old girl could probably give the Dog Whisperer a run for his money.

Mealtime for dogs is always something of a production. When you own six pit bulls, it’s akin to an entire Broadway show in terms of effort and entertainment. One 4-year-old whose family owns six hungry pit bulls decided to take charge over their meal time, and as you can see below, she used the power of the kibble to gain complete control over the situation.

These pit bulls may be hungry, but they’re not going to have a single bite of delicious kibble until she’s done diligently setting everything out for them.

Bonus points to whoever thought to film this video for helping to dispel the bad rep from which pit bulls sadly suffer.

The only disappointment about all of this? It’s a vertical video, and we can’t see more of the dogs.

Photo via maplegirlie/Flickr (CC BY ND 2.0)