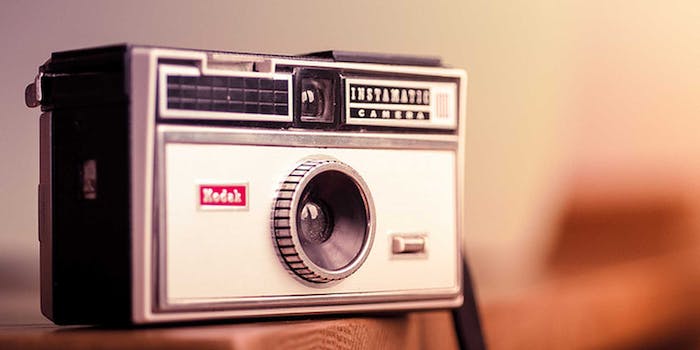 Ostensibly, we take photos to help us remember special events later on down the road. But new research indicates that all those photos and videos you’ve been taking are actually hurting your memory.

Linda Henkel, a psychology professor from Connecticut’s Fairfield University, calls it the “photo-taking impairment effect,” and she’s produced an interesting study that says committing an image to your camera or phone means you’re less likely to commit it to your own memory.

“The act of taking a photo lets your brain say, ‘I don’t need to remember this. I’m done,'” Henkel told the Daily Dot. “You take it, you upload and you’re done.”

Once it’s tucked away in the vast archives of Facebook or Instagram photo albums, Henkel said it’s easy to forget about the events surrounding that particular photo.

To demonstrate her hypothesis, Henkel had a group of students tour the Bellarmine Museum of Art at Fairfield. Students were led on the same tour and asked to note their observations, some by using a camera, others through mere observation.

The next day, students were quizzed on what they had seen at the museum. The result? Students taking photographs had a harder time recalling the objects they had seen versus the students who just looked at the pieces of art.

Henkel was not surprised by the results. She suspected that the act of documenting an event removes people from that experience. They are more focused on the process of taking a photo or a video and they fail to take the moment in mentally.

“You see it everyday,” she said. “Someone walks up to a monument or something and lazily snaps a photo. Or they’re on their phone recording at a concert rather than actually watching the concert.”

Of course, going back and looking at photos from the past can be a great way to jog memories. But the problem Henkel sees is that people are too quick to photograph anything or everything. Hard drives fill up with so many photos that it’s difficult to revisit a particular one.

At the same time, the act of taking a photo turns people’s brains off to memorization. She likened it to an over reliance on GPS navigation devices, which can keep people from remembering specific travel routes. Numerous studies have suggested that smartphone users increasingly rely on their devices to outsource memory functions previously performed by their brains.

Henkel says the rise in photo-taking is, unquestionably, the result of new photo technologies making it easier than ever to capture moments. Unlike earlier film cameras, there is no practical limit or additional cost to taking as many photos as we want, so the threshold for what gets photographed has been significantly lowered.

Henkel plans additional research on the subject. But for those hoping to enhance their memories, she suggests simply being pickier about what they photograph.

“Be more selective with photos,” she said. “Save them for deeply meaningful events, something that really matters and that you’ll actually want to revisit.”