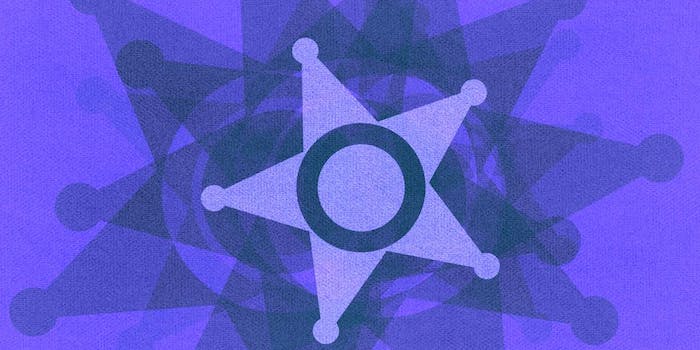 The officer is now behind a desk while he faces an investigation.

A Philadelphia patrol officer faces charges after demanding a man purchase tickets to his fundraiser—and threatening to take his car if he refused.

And the whole thing’s on video.

Video of the officer, named by the Philadelphia Inquirer as nine-year veteran Matthew Zagursky, was posted by the apparent victim to his Facebook account, where it’s still visible for all to see. In the video, the officer tells the man he pulled over to pay for the tickets: “Support your police department—“$10 bucks each, man—either you buy these, or I take your car, because it’s unregistered.”

In the video, Zagursky demands $20, then $30, for a fundraiser, then makes an apparent homophobic slur. When the driver says he’d prefer to take his girlfriend to the event rather than his passenger, the officer agrees, responding, “You don’t want to look like two fruitcakes.”

In a second video that shows more of their encounter, Zagursky adds more homophobic slurs in reference to the driver’s pink windshield wipers. When the driver responds, “Breast cancer, man. My grandma went through it,” the officer says, “Can’t you support breast cancer some other way? You look like a fruitcake.”

Philadelphia Police Commissioner Charles Ramsay said that Zagursky has since been relegated to desk work pending an investigation, and called his actions “illegal” and an “embarrassment.” He added that Zagursky may face charges, though he won’t be suspended during his investigation.