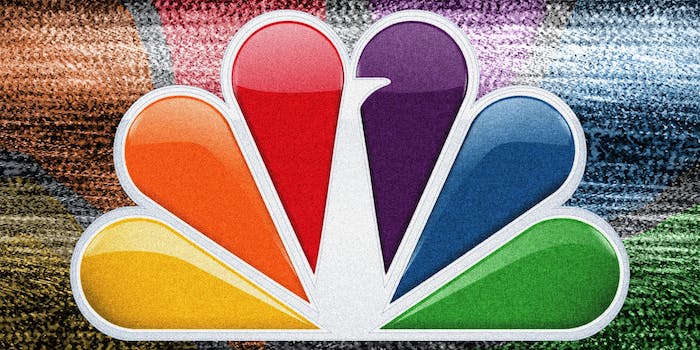 Earlier this week, NBC announced they had bought and were developing a sitcom called Mail Order Family, which Deadline describes as a show that “follows a widowed single father who orders a mail-order bride from the Philippines to help raise his two preteen daughters.” Unsurprisingly, there is a petition calling for the show’s cancellation.

Mail Order Family was created in part by Jackie Clarke, a writer-producer for Superstore, and the show is reportedly based on Clarke’s family. But Gabriela USA, an organization fighting for the “liberation of all oppressed Filipino women,” say in its petition that the show will likely perpetuate harmful stereotypes, and makes light of the ongoing problem of human trafficking in the Philippines.

“The mail order bride industry in the Philippines is rooted in historical U.S. colonial occupation of the Philippines, feudal-patriarchal view of Filipinas, and current neo-colonial economic policies that have impoverished the Filipino people,” it reads.

“The reason why Filipina women are sought after is because they are seen as subservient and domesticated. This is rooted in the history of U.S. and Philippine relations where Filipino women were subjugated and used for sex slavery, debt bondage, and domestic servitude.”

People are also calling out NBC with the hashtags #CancelMailOrderFamily and #FilipinasNot4Sale.

#CancelMailOrderFamily casting Asians in your stories doesn't count as progressive if the stories you tell are racist.

Really sickened at the romanticizing of violence against women of color. #CancelMailOrderFamily

The Daily Dot has reached out to Clarke about the show, but has not heard back as of this publishing. However, she has responded to some criticism on Twitter, saying that the mail-order bride issue will be just one part of the show, and has suggested that human trafficking will be addressed seriously.

In an episode of This American Life, Clarke spoke in depth about her childhood experience. Her father married a 25-year-old Filipina woman, “a woman he found in a catalog,” some years after her mother died. Clarke details how she tried to emulate her stepmother, including that she tried to “flatten” her nose to appear more Filipina, and claiming to be Filipina in the fifth grade.

While jarring, a lot of Clarke’s behavior sounds like that of a misguided girl trying to find the acceptance of a new mother figure, and it’s hard to criticize a show that hasn’t even been written yet. But addressing issues of human trafficking and the fetishization of Asian women by white men in a sitcom format is a daunting task, and has a good chance of enforcing existing stereotypes. As Gabriela USA puts it, “‘Mail Order Family’ is the most recent example of how the exploitation and violence women face is normalized in U.S. mainstream media.”

Update 12:50pm CT Oct. 1: According to Variety, NBC is no longer moving forward with Mail Order Family. This decision was made undoubtedly with the Change.org petition against it in mind. A spokesperson with NBC had this to say:

“We purchased the pitch with the understanding that it would tell the creator’s real-life experience of being raised by a strong Filipina stepmother after the loss of her own mother. The writer and producers have taken the sensitivity to the initial concept to heart and have chosen not to move forward with the project at this time.”