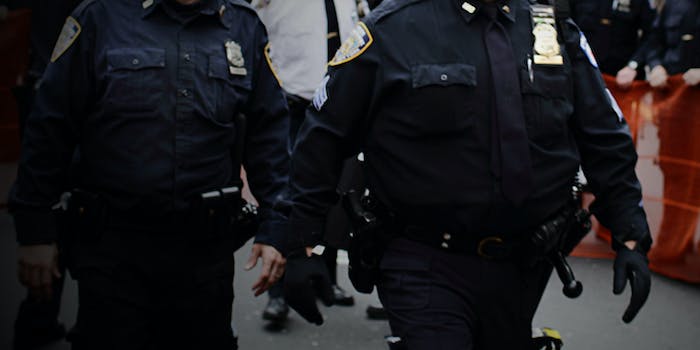 Nothing about this was handled well.

A New York police officer who fatally shot an unarmed black man two weeks ago texted the representative from his police union rather than calling for assistance, according to a new report.

NYPD Officer Peter Liang “accidentally” shot Akai Gurley in a darkened stairwell on Nov. 20 while carrying out a patrol he had been instructed not to do. Gurley, 28, was with his girlfriend Melissa Butler, 27, when he was shot and killed.

Now the New York Daily News reports that, instead of calling an ambulance after accidentally discharging his weapon, Liang texted his union representative. It was Butler who sought help, asking a woman who lived in the building to dial 911.

The emergency operator subsequently tried to reach Liang and his partner Shaun Landau, knowing they were close, but was unable to reach them for over six minutes.

Lang subsequently called in to report an “accidental discharge” of his firearm.

“The guy is dying,” the source said, “and you still haven’t even called it in?”

The Daily News report comes three days after a New York grand jury’s decision not to indict a police officer for choking to death an unarmed black man named Eric Garner. The officer placed Garner in a chokehold—a tactic forbidden by the NYPD—and ignored his gasps of “I can’t breathe” until Garner died.

Meanwhile, in Phoenix, Ariz., a police officer shot and killed an unarmed black man after mistaking his pill bottle for a gun.