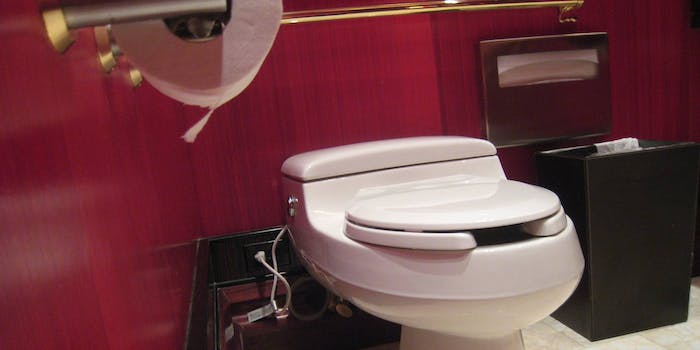 Rain Tolentino is only 3 years old, and she thinks her big sister Meeiah is going to die.

The girls live in Alaska, and Meeiah told Buzzfeed that Rain came into the bathroom while she was in there and saw blood in the toilet. Rain immediately concluded that her sister was dying.

im on my period and my baby sister wanted to watch me while i use the restroom and well… pic.twitter.com/KbwRTuFLCy

Meeiah posted a video of her little sister’s reaction on Twitter, and the video has since gone viral with more than 80,000 retweets and more than 100,000 likes.

But just in case you were worried about Rain’s mental health, Meeiah posted that a few minutes later her sister was over it.

my sisters dramatic ://// two minutes after this video she didn't even care lmaooooo ://////

In response to Meeiah’s tweet, other women have chimed in with similar menstrual blood and death stories.

literally me when I got my first period

lmao same thing happen when i told my younger sister to hand me a pad & she told me "omg ur bleeding want me to call mom?!"

Meeiah told Buzzfeed that her whole family is treating little Rain like a superstar.