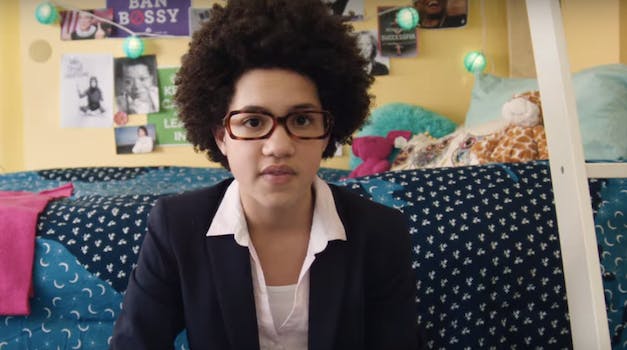 The Period Fairy is real, and she’s a super-cool teenage feminist

The latest video from Hello Flo features an adorable 'Period Fairy' to help guide girls through that time of the month.

There’s the Easter Bunny. There’s Santa Claus. There’s even a fairy who pays cash for the old teeth that fall out of your mouth. But there’s no mythical creature to help comfort and guide a preteen girl when she gets her first period.

Hello Flo, the Birchbox-like monthly subscription kit that brings tampons and candy direct to your door, is trying to fill the void of celebratory menstruation images. Its latest video, “The Period Fairy,” features an adorable preteen girl celebrating her first “vagical” month as a menstruating person.

The company’s first viral marketing video, “The Camp Gyno,” featured a young girl who gets her first period at summer camp and becomes a self-appointed authority on the matter, handing out tampons and lording it over other girls who haven’t yet received the “red badge of courage.” The next video, “First Moon Party,” got more than 30 million YouTube views, thanks to its ridiculous references to uterus piñatas and “vagicians.”

HelloFlo’s latest clip follows the young host as she conducts in-person interviews with rivals like Cupid and the Tooth Fairy. The Period Fairy herself is nowhere to be seen, having “sold an app for a cool billion and retired.”

When the disappointed host realizes she’s never going to reach the retired Period Fairy, she puts on a mask and wings and takes on the role herself. Awwwww. 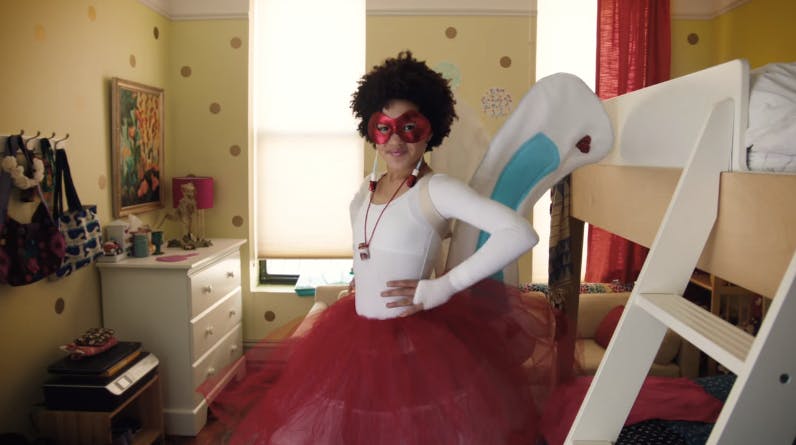 And that, kids, is the story of how the internet made getting your period less scary and more fun for today’s preteen girls.