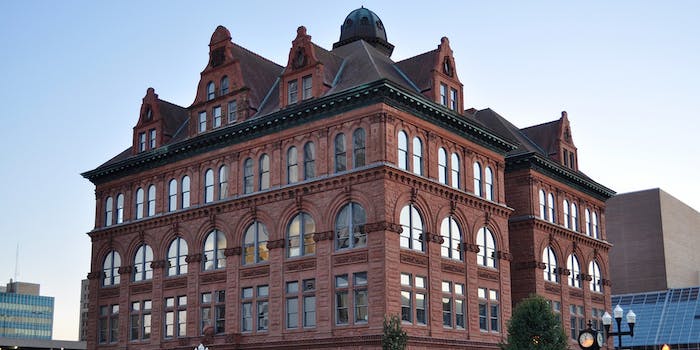 Mayor defends arrest of guy who mocked him on Twitter

A roommate of Jacob Elliot’s allegedly tweeted as @Peoriamayor just 50 times. But his satirical and often crude comments triggered a major police raid—after Twitter suspended the account—that came at the behest of Jim Ardis, the actual mayor of Peoria, Ill.

Now Elliot may face felony drug charges for marijuana and paraphernalia seized by no fewer than seven bulletproof-vested officers who tore apart his home after Twitter and Comcast complied with a warrant, providing user info and an IP address. Elliot was the Comcast customer whose name came up on the request, though it was apparently Jon Daniel, a housemate, whose blithe profanity so annoyed city hall.

Give a man a fish, he’ll eat for a day. Give a man the internet and he will commit Thought Crimes and Parody in the First Degree.

Ardis, meanwhile, is learning about the Streisand Effect, which posits that the overreaching efforts to suppress a fact reliably lead to its wider exposure. Last night, in a City Council meeting, he defended his decision to file a criminal complaint over the fake account, playing the hysterical, scandalized victim: “It went way over the line,” he said of @Peoriamayor. “For that reason, my immediate reaction was a deeply personal one on behalf of my family and myself. As a person, I felt a victim of sexual doggerel and filth. It was filth. It was absolute filth.”

I’m the mayor of Peoria, IL

This umbrage is unlikely to impress Ardis’s critics, both on the council and elsewhere, who insist that he abused his political privilege, even though Elliot won’t be prosecuted for impersonating a public individual, a misdemeanor that could have meant a fine of $2,500 and up to a year in jail. The off-color account included Ardis’s email address, though there’s no indication anyone was duped by this, or the tweets themselves, and the relevant impersonation statute only applies to activities conducted in person, not on the Internet. Hence the air of a personal vendetta.

#FreeSleezyD first person to cough up my home address will be granted immunity from having my SWAT shoot their dog during the raids. DM?

At the meeting, Elliot’s own grandmother, Caroline Elliot, attacked Ardis, apparently a longtime friend of hers. “Isn’t this ridiculous?” she challenged. “Didn’t you overuse your power? Didn’t you take away the rights of the citizens of this city?” But, as you may have guessed, the actions of Ardis and Police Chief Steve Settingsgaard have only ensured that the chorus of online mockery would grow even louder. New vicious parodies and sarcastic hashtags abound.

#Peoria PD Chief Steve #Settingsgaard means what he says in the “Welcome” message on the Peoria PD website #JimArdis pic.twitter.com/wg6EMseY3E

With questions arising about the ongoing investigation and the warrant that sparked it, we can’t say for certain who will come out ahead in Twittergate, let alone survive it. In any case, you can certainly expect more nuanced commentary on the scandal from every corner of social media for days to come.