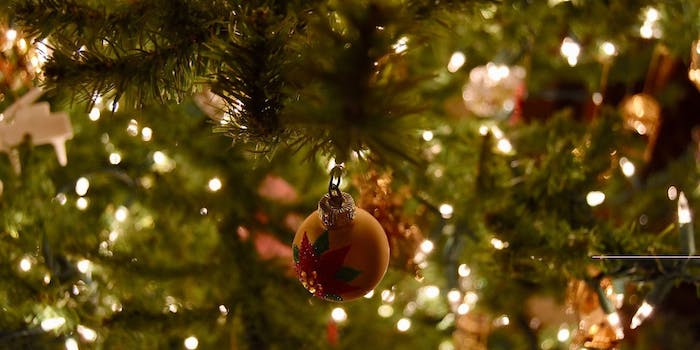 People alone on Christmas are bonding on Twitter with #JoinIn

British comedian Sarah Millican is urging those feeling alone on Christmas to band together on Twitter using the hashtag #JoinIn.

“If you’re alone or feeling lonely, follow the hashtag #joinin and start chatting with others there,” she wrote in a tweet shared Christmas morning:

Morning all and a Merry Christmas to each and every one of you. If you want some company – feeling lonely or low – then we are here. Always use the hashtag #joinin, that way people can see you. Let yourself be known to us. I’ve got the kettle on. Who wants a cuppa? pic.twitter.com/4gGlI0Di6C

Last December, she told The Howard Hour show by British presenter Russell Howard that it was her seventh year of doing this.

“[It’s] to bring together people who are on their own [on Christmas] and don’t want to be,” she told the show. “There are so many different reasons why people might be on their own and we just have a conversation on Twitter.”

She explained that when gets up on Christmas, she “set[s] the rules” and then retweets everybody using the hashtag, until everyone is having a conversation together.

It’s already helped some people in the past:

Millican said on Howard’s show that she sometimes gets messages as early as September from people asking her if she will be doing #JoinIn over Christmas for the year.

Husband has been in a vegetative state since 11/20 (my birthday) after contracting Legionella. Sitting by his bedside in the hospital for Christmas. It’s killing me. #joinin

Today, I made the choice to spend Christmas alone instead of with my abusive parents. I haven't gone to any family parties. I regret nothing. #joinin

No one around to judge me, so Bailey's in the morning coffee and apple crumble for breakfast it is! #joinin

Merry Christmas all from me and Jack the cat. For anyone feeling alone this Christmas… Remember – you matter. Anymore festive pets photos? #joinin pic.twitter.com/UikwhLsNQ8

Some are opening up their (Twitter) doors to others:

Some are sharing their realizations of being alone during the holidays:

Your Christmas doesn't have to be perfect to be beautiful. Sometimes the mess teaches us more. I see the #joinin tag and I remember that's exactly what Christmas is about: God decided to join in with us and our messy world.

@SarahMillican75 #joinin if you’re able to get out, I’ve always found a walk in nature to nurture the soul uplifts me. It seems more special when it’s so much quieter on Christmas Day. Nature becomes a gift just for you. pic.twitter.com/maTwNgoVoG

The holidays can be difficult for people for a number of reasons. But the threads inspired by #joinin bring out a unique unity through the honesty and vulnerability that people share. Millican admitted to Howard she’s addicted to the movement now. As she said, “I clearly can’t not even do it now, it’s so lovely.”