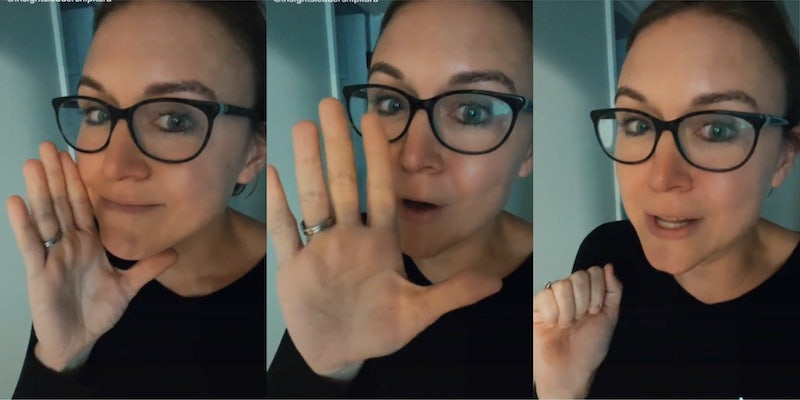 ‘Don’t you dare give yourself a 3’: Leadership coach urges workers to give themselves all 5s on performance reviews—because the ‘whole system is bullsh*t’

'All I was doing was selling myself short. Realized my male counterpart never was.'

A career coach went viral on TikTok after she encouraged workers to give themselves all 5s on performance reviews.

User Kara Kirby (@insightsleadershipkara) regularly posts work-related content. In the clip, Kirby encourages her 14,000 followers to give themselves the highest ratings possible on their performance reviews, because, in her opinion, it doesn’t matter.

“The whole system is bullshit, so put some bullshit in there,” she says in the clip. “Doesn’t matter.”

A performance review is an evaluation of an employee’s work performance and development of their skills. This is a two-way conversation between manager and employee about the employee’s performance, growth, and impact.

Kirby emphasized this in the caption, “Don’t you dare give yourself a 3.”

The video received over 217,000 views as of Saturday. Many viewers agreed with Kirby’s sentiment.

“Always give yourself 5s. When managers ask you why you gave that kind of response just say it’s as high as the scale would go,” one viewer recommended.

“YES. took me years to learn this, all I was doing was selling myself short. Realized my male counterpart never was. Get what you deserve ladies!!” a second viewer shared.

“Always 5. And I guarantee u can think of more supporting evidence than they can cuz they don’t actually supervise and know how much u do,” a third agreed.

However, some said they had negative experiences giving themselves 5s on performance reviews.

“My old job was toxic and they told me they just don’t give out 5s and that a 4 is ‘exceeding expectations,’” one person recounted.

“I did all fives once in a customer service job. At the same time interviewing for a supervisor position. Didn’t get it because I was ‘too confident,’” a second commented.

“My boss literally said I couldn’t give myself all 5’s…..” a third stated.

Others disagreed with Kirby.

“Literally could care less. I’ll get the same 2% raise if I write a paragraph or not,” one user said.

“Good luck with that…calibration is going to put an end to that,” another wrote.

Kirby made several follow-up videos in response to the comments. In one clip, Kirby elaborates on why she urges people to give themselves 5s. She urges workers not to sell themselves short.

The Daily Dot reached out to Kara Kirby via TikTok comment.