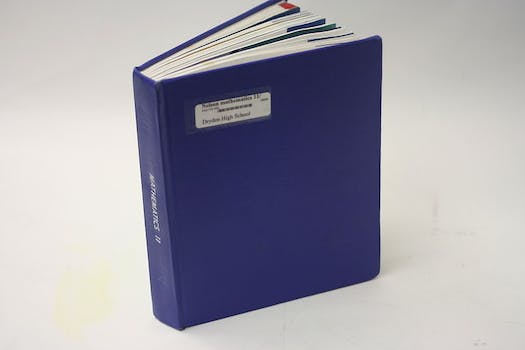 When Pearson Education Inc. complained about a single blog post, a server responded in the extreme.

It started when Pearson Education Inc. noticed one blog that reprinted a page from one of their psychology textbooks, a list of the 20 questions on Beck’s Hopelessness Scale. The massive conglomerate, which owns Penguin books and designs student tests for New York state public schools, acted within its legal rights and sent a standard Digital Millenium Copyright Act (DMCA) takedown notice to the company hosting that page.

There was just one problem. The blog that was infringing their material was just one of the 1,459,672 hosted on EduBlogs.org, a platform that offers blogging space to teachers, students, and schools.

When EduBlogs’s hosting company, Serverbeach, saw that notice from Pearson, they sent EduBlogs a warning email. EduBlogs complied and took down the questions, but the copyrighted list remained available on a cached page.

Serverbeach tried once more with a second notice. Then, twelve hours later, the company briefly shut down EduBlogs entirely, including all of its 1,459,672 individual blogs. The blackout lasted about an hour.

In theory, a DMCA takedown accomplishes two things: It allows copyright holders to quickly fight piracy, and it allows sites that host user content to avoid being liable if those users illegally publish copyrighted material. Though that usually works out in practice, the sheer number of claims (Google deals with 350,000 a week, and that number is steadily rising), coupled with human error in their implementation, means that the system’s results are often wildly unjust.

Despite the fact that the psychology page in question was posted in 2007 and was lifted from a 1974 textbook, Pearson said in a statement that it did nothing wrong:

“Publication and any subsequent misuse of the test questions can compromise the integrity of the test results, and in turn the recommendations made by the qualified professionals.”

Regardless of how likely it is that an amateur psychologist could somehow misuse Beck’s Hopelessness Scale for ill, the company was well within its legal limits to send a DMCA takedown. Serverbeach’s readiness to take down the 1,459,671 blogs that didn’t include the scale wasn’t Pearson’s fault, the company argued.

“It is a matter of deep regret that, in responding to our request to address this single item, a server hosting company took much broader action,” it said in its release.

Serverbeach’s General Manager, Dax Moreno, told Ars Technica that because the company wanted to comply with the DMCA, and because it didn’t have the power to shut down EduBlogs’s individual pages, it decided to just pull the plug.

“Unfortunately, we have no control or insight into [EduBlogs’s] website/application so this meant that all of their blogs were subsequently impacted,” Moreno said.

Writing on his blog, EduBlogs CEO James Farmer didn’t mince words. Noting that his company pays Serverbeach $6,954.37 a month and has “been with them for years and years,” he lamented they “just shut down our servers regardless without doing something simple, like calling any of the 3 numbers for us they have on file.” He leveled a rant against Pearson, calling them “assholes” who “at the very least” could “contact us directly about it.”

Pearson had not responded to Farmer’s rant at time of publication.