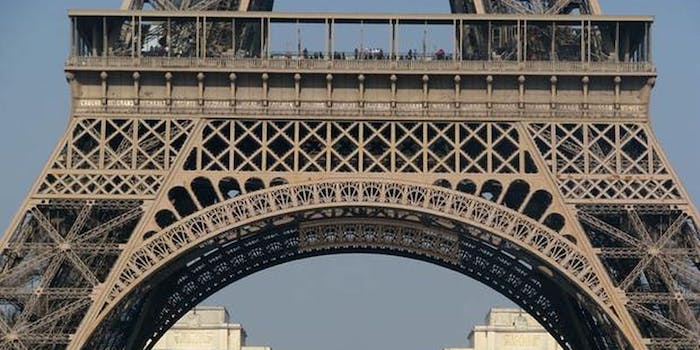 This French cartoon is teaching children about the Paris attacks

A French magazine has offered a conversation starter for families.

How will parents teach their children about the recent Paris attacks? As with any tragedy, the lesson must be approached with honesty and sensitivity, and one French magazine has offered a conversation starter.

The Guardian reports that the pamphlet poses the questions which are likely children’s minds in the wake of the attacks: “Why kill innocent people? Who are the terrorists? What can we do?”

Astrapi shared the pamphlet on its Facebook page yesterday and the link has been shared over 14,000 times.

Though many of the words included in the pamphlet come from adults, reactions and questions from young children are also shared. “Is it true that France is in fact at war?” asks eight-year-old Julie. “The terrorists, can they come inside our house?” wonders Antoine, age seven. And 10-year-old Noe adds, “I haven’t seen any pictures yet, but I prefer not to see them because they are horrible things. I just want to understand why they did this.”

Under the heading “Who are the killers?” the pamphlet also takes care to highlight that, while the attack was perpetrated by Islamic extremists, “[t]hese ultraviolent people have nothing to do with the majority of Muslims.”

Ultimately, the advice offered by the pamphlet is simple and compassionate: “The best way to respond to the violence and madness of these men is to continue to live normally and defend one’s ideas while respecting others,” according to a translation  from New York Times.