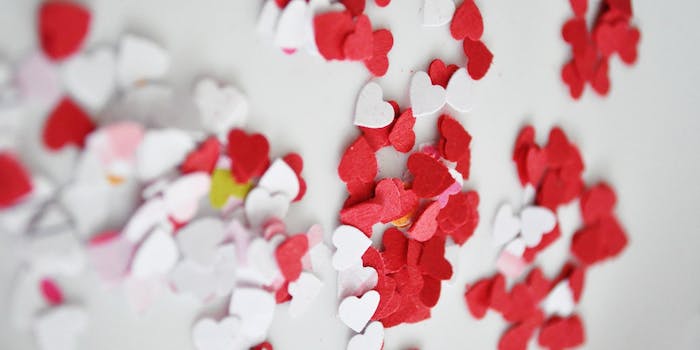 You can buy this confetti made from shredded anti-gay pamphlets

When life gives you lemons, make lemonade. But what about when life hands you a pamphlet about the dangers of homosexuality?

Irish paper company Daintree has come up with a surprising solution for that pesky propaganda problem. Rather than tossing the hateful pamphlet into the trash, where it no doubt belongs, the company is transforming the leaflets into heart-shaped confetti to be rained down on gay couples during their weddings.

The campaign, appropriately titled “A Shred of Decency,” is all in support of Ireland’s same-sex marriage referendum. With a vote on the issue scheduled for next month, opponents of LGBT equality have been spamming citizens with leaflets full of hateful lies.

The confetti is available for purchase on the company’s website for the bargain price of $5.50. Best of all, the proceeds from confetti sales will be given to Yes Equality, a non-profit that supports same-sex marriage in Ireland.

#ShredofDecency confetti made from 100% recylced lies with all profits going to @yesequality #MarRef #YesEquality – To order your confetti, see link in bio #regram @daintreepaper

The company is asking for donations of all “dishonest flyers or leaflets” so they can produce plenty of confetti that will hopefully be used to celebrate a win for marriage equality. If international postage proves too costly, don’t worry. Daintree is also shredding tweets. “Just reply to the dishonest tweet and add#shredthistweet. We will then print the tweet off and add it to the pile,” the company writes on its site.