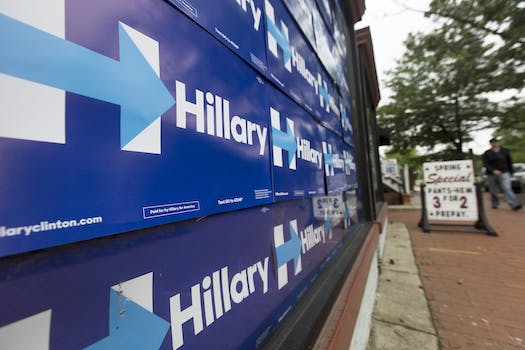 Who profits from their stories?

In advance of the presidential election, the Facebook group Pantsuit Nation emerged as a place for women and others to voice their support for Hillary Clinton. It blew up, and even got Clinton’s attention. After the election, it has remained a private group—of almost four million people—and a resource for political action and organization. And now they have a book deal.

On the group’s website admins announce there will be a book coming out in 2017. “There are many ways to share stories, and we’ve seen how powerful they can be when simply scrolled through on a Facebook feed. But I also know that many of us, dare I say most of us, have had moments of profound inspiration and connection while holding a book in our hands,” writes organizer Libby Chamberlain. “As many of our members have commented, the stories of Pantsuit Nation are worthy of a book. The kind of book that will inspire and connect people.”

Chamberlain calls for members to submit their stories and posts, though does not specify whether they will be paid for their work, nor where profits will be going.

The Daily Dot has reached out to Pantsuit Nation about the project. But skepticism is spreading, with many accusing Chamberlain of insensitivity to the personal and emotional stories shared on the group’s page, and using the group for personal profit.

"I think we can [not win elections but certainly scam each other in the name of good things] and I think it's going to be AMAZING" pic.twitter.com/pG3kThDG6U

I am really disappointed that this group that should have been so great has become a money grab.

She used your labor. https://t.co/uzjFCFwo2y

In its mission statement, Pantsuit Nation admins say they believe “that progress around racial justice, LGBTQ* rights, rights for people with disabilities, religious freedom, and the fight to combat hatred and bigotry in all forms is most effective when emboldened and humanized through first-person narrative.” However, the group has been criticized by members and outsiders for fetishizing the stories of minority women, and prioritizing the comfort of white women over the criticisms of other members.

Chamberlain also said that they have filed paperwork for Pantsuit Nation to become an official nonprofit, to “support the advocacy, education, and political action efforts we have already seen grow out of Pantsuit Nation, and will continue to be a part of our work in the future.”

But hey, if you need a book to remind you that Clinton didn’t win, it’ll be out next year.

Update 1:57pm CT, Dec. 21: Chamberlain has posted an update to the Pantsuit Nation public Facebook page in an attempt to answer some of the questions raised by the book announcement. She says that no one’s work will be published without their permission, and that “Proceeds from the book will support Pantsuit Nation and the causes that are central to the group,” through the non-profit that Chamberlain filed paperwork to create. Her full statement is below.