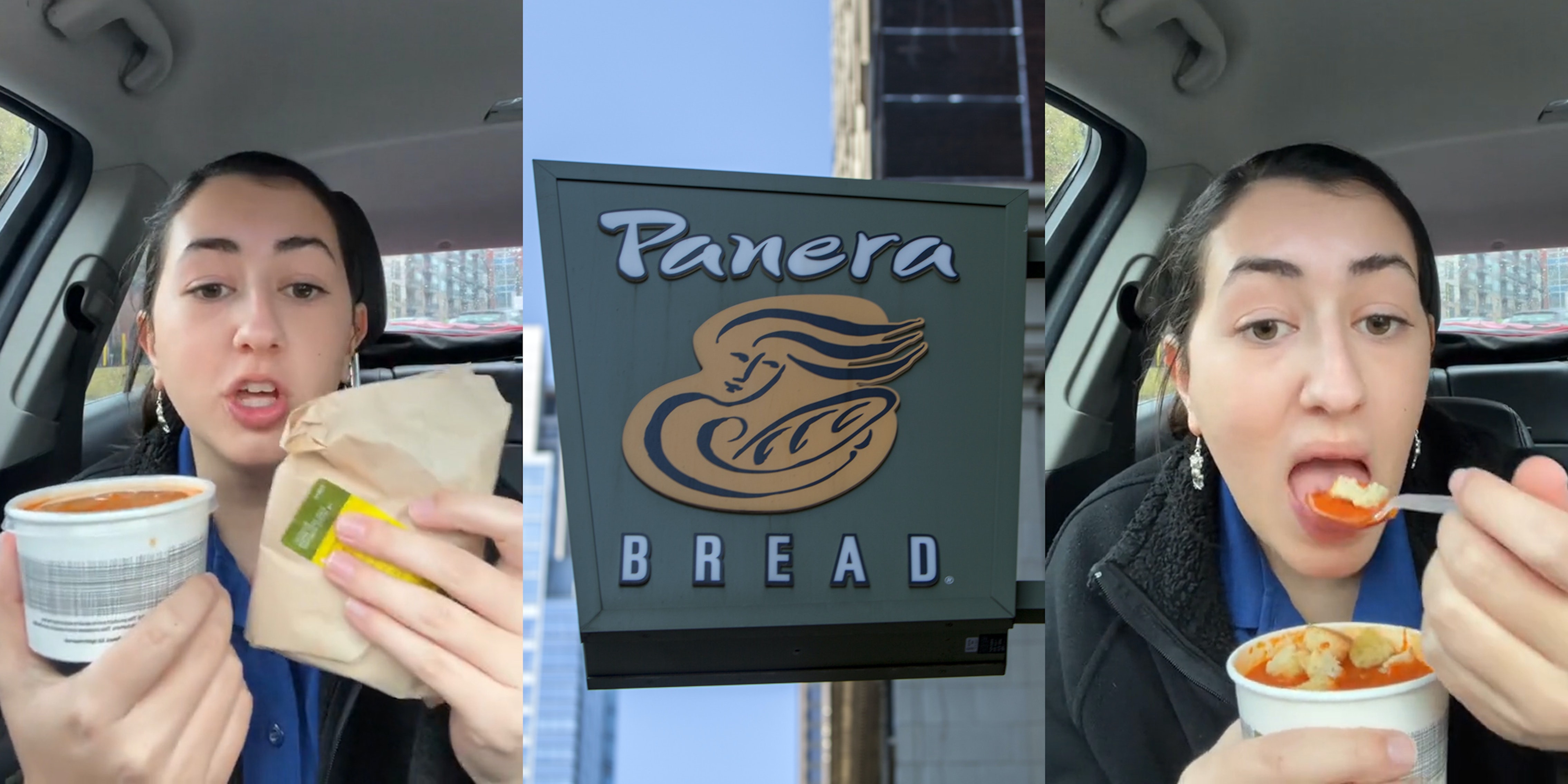 ‘It’s the same as the Pick 2… but they’re just like way cheaper’: Ex-Panera Bread shares PSA on ‘Value Duets’ menu

'It's a good loophole if you wanna eat at Panera Bread cheap.'

A former Panera Bread worker is sharing money-saving hacks on TikTok now that she no longer works for the company. In one viral video, she says the chain offers a special called “Duets,” which is similar to their “You Pick Two” special. The only difference, according to the TikToker, is that Duets are “way cheaper.”

The former employee, Meredith Clemmer (@mere_lyn), says she worked for Panera for about three months while she was in college. She claims the company doesn’t want customers to know about the Duet deal.

The You Pick Two special allows customers to combine two items: a cup of soup or mac, a half salad, a half sandwich, a chef’s chicken sandwich, a pizza, or a warm bowl. The Duets special allows a similar combination but with fewer options, Clemmer says. The special is officially known as “Value Duets” and has six options for $6.99 each, according to the Panera website.

In her video, Clemmer claims Panera has to put the Duets special on their menu, but they put it where customers are unlikely to notice it.

“Basically they’re way less than if you would have got this exact same thing but not specified that you wanted a Duet,” Clemmer says. “So it’s a good loophole if you wanna eat at Panera Bread cheap because Panera Bread is not cheap.”

The Duets special seems to be a closely guarded secret, but a few commenters said they know about it, too.

“I get this all the time it’s perfect and I have the [sip] club,” one viewer commented

“I always do the napa chix salad with the chix wild rice and I bring my own cup lol,” another viewer wrote.

Some viewers had several follow-up questions.

“So. Do u just ask the cashier what duets are available ?” one viewer asked. Clemmer replied, “yes! or if you order online, they’re a bit more accessible.”

Another viewer commented, “Its not a smaller soup size?? And smaller sandwiches??”

In reply to that comment, Clemmer wrote, “it’s the same as if you were to get a pick 2.”

The Daily Dot reached out to Clemmer via TikTok comment and to Panera Bread via email.