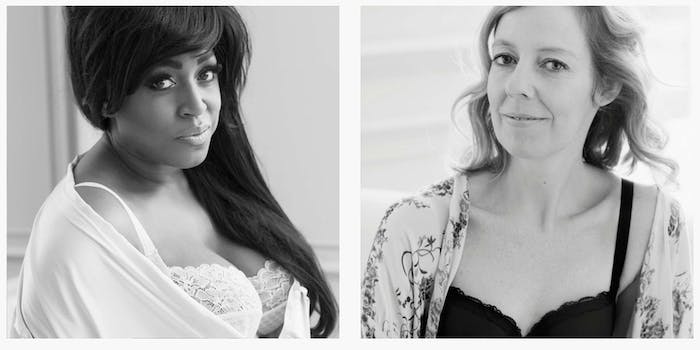 These badass, accomplished women stripped down to model for this new lingerie line.

Can lingerie models be role models as well? Panache, a UK-based lingerie company, thinks so. The company has hired women of different shapes, sizes, ages, and professional backgrounds to be the faces of their products.

The company hopes the campaign will not only convince people to buy lingerie, but also inspire them to live their best lives.

The role models filmed videos explaining their journeys, and what it means to them to be part of the mold-breaking campaign.

“Being considered a female role model is a bit strange to me, because really I’m just doing something that I love,” Cockroft, who lost the ability to move her legs and feet after suffering two severe heart attacks at birth, says in her video. “The advice I’d give to anyone who wants to follow what I do is to grab every opportunity that they’re given.”

Panache explains how the women were selected for the campaign on the company’s website:

“Each of these extraordinary women was chosen for their individual strengths, achievements and contributions to society as well as their healthy approach to body image. We want to celebrate both the beauty of women’s bodies as well as the wonder of their success, championing the next generation of female role models and hoping to inspire others.”

The lingerie is designed for women with D-cups and up. Between this campaign, and the Curvy Kate “Star in a Bra” contest, perhaps plus-size models will soon get the recognition they deserve.