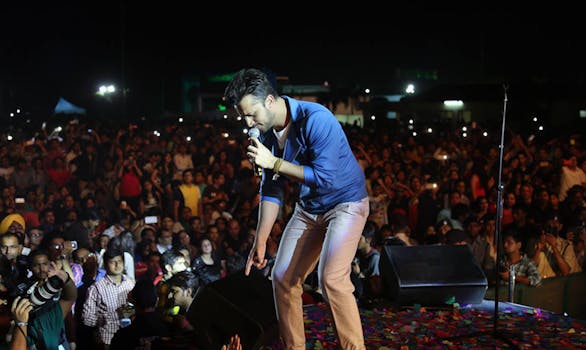 Atif Aslam's actions were met with loud praise from the audience.

Pakistani actor and singer Atif Aslam was performing in the city of Karachi this weekend when he stopped midsong to prevent a group of men from assaulting a female attendee.

In a video posted on social media, Aslam can be seen stopping his band and reprimanding the men. His event organizers then pull the girl out of the crowd and help her find a seat elsewhere. Translated from Urdu, Aslam says, “If you all want this to be a long show, act respectfully.”

The audience went wild with applause and concertgoers and social media alike are praising the act.

Mad respect for Atif Aslam last night, stopped in middle of a song & scolded guys who were harassing the girls in the front row.

The Human Rights Watch has reported that a rape occurs in Pakistan every hour and a gang rape occurs every two hours, making rape and sexual assault the most prevalent form of violence against women. After the murder of Qandeel Baloch last summer, Pakistan passed laws to increase sentences for both rapists and people who perform “honor killings.”
H/T Mashable