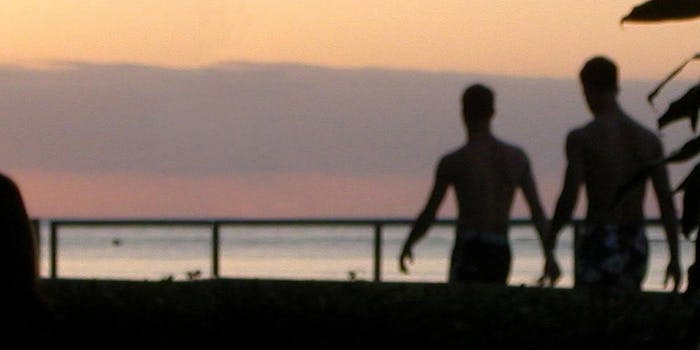 It's embarrassing, but also super sweet.

If your mom has ever tried to get you go out with her dentist’s husband’s sister’s son, or Judy from temple’s massage therapist’s nephew, you know how annoying it can be to have your mom try to manage your love life. But this Indian mom took matchmaking to a whole new level by taking out an ad in a newspaper looking for a husband for her adult gay son.

The ad, which is widely believed to be the first same-sex dating ad in India, ran in the Mid-Day paper on Tuesday: 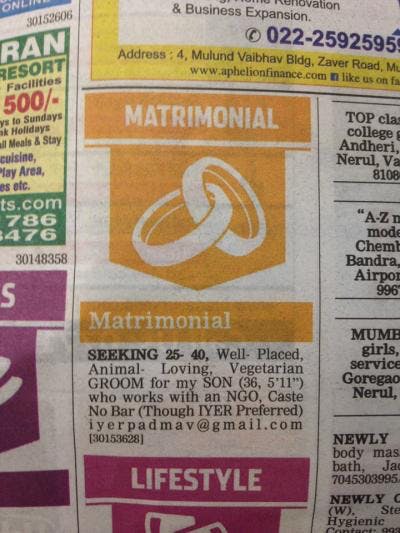 The ad was placed by Padma Iyer, mom of LGBT activist Harish Iyer. In an interview with the Times of India, Harish said that this wasn’t the first time his mom had tried to meddle in his love life.

“My mom worries about me too much,” Harish told the paper, echoing the thoughts of millions of children with helicopter parents around the globe. “She is constantly thinking that I am getting old, will be alone, and all those concerns a mother has. So, she and I had a discussion last week and decided to go ahead with placing a matrimonial ad looking for a gay person.”

Harish also said that his mom has received a handful of response for the ad so far, though he’s careful to note that he’s picky when it comes to selecting prospective partners. “I am an animal lover and would want my partner to be one,” he said. “And I am going to have the last word in who I choose because I am going to be living with him, not my mother.” Well, we’ll see about that.

Although the ad has clearly touched the hearts of those with meddling helicopter parents, it wasn’t just a sweet and thoughtful gesture on Padma Iyer’s part—it was a somewhat risky one as well. Because gay sex is illegal in India—it was recriminalized in 2013, and is punishable by up to 10 years in prison—numerous national newspapers reportedly turned down the ad when Iyer attempted to publish it, with the Times of India citing concerns about its legal department.

We’ve reached out to Padma Iyer via the email she listed on the personal ad, and will update if we hear back. But now that her personals ad for her son has reached all corners of the globe, it’s likely that she’ll soon be able to put her fears about her son’s happiness to rest, because he’s sure to find the partner of his dreams. The only two requirements: a love of animals, and a willingness to put up with a loving, meddling mother-in-law.