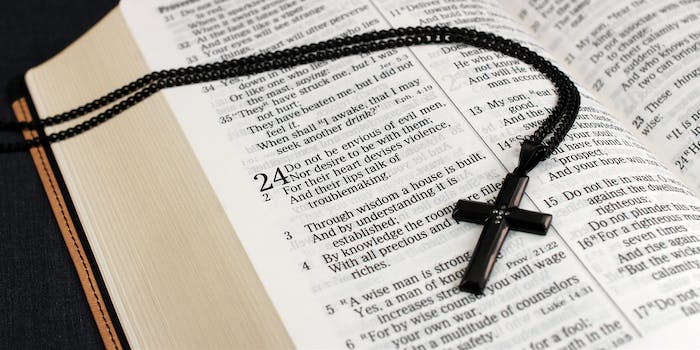 The district is under scrutiny for other homophobic incidents as well.

An Oregon school district is facing intense scrutiny amid allegations that an LGBTQ student was forced to read the Bible as punishment for their sexuality.

Accusations first surfaced after the Oregon Department of Education sent a letter to North Bend School District Superintendent Bill Yester in early March. The letter claimed that “discrimination on the basis of sex and sexual orientation” happened within the district, and a hearing is scheduled for May 24 to decide if the school district violated state and federal anti-discrimination laws.

The letter claims that one student, simply called Student 3, was forced to read Bible passages as a disciplinary measure while district staff supervised them. Both Student 3 and another LGBTQ student, called Student 1, believe Student 3 was forced to read from the Bible due to that student’s sexual orientation. Both the building administrator and their supervisor reportedly confirmed to the Oregon Department of Education that students were forced to read the Bible as punishment in the past, local paper the Coos Bay World reports.

“Student 3 had little choice but to comply with the building administrator’s established form of punishment,” the department wrote in its March letter, according to the World. “There is substantial evidence to support the allegation that the district subjected LGBTQ students to separate or different rules of behavior, sanctions, or other treatment.”

This clearly raises concerns on both a state and federal level, as using the Bible to punish students violates the First Amendment. Under Supreme Court interpretations of the First Amendment’s Establishment Clause, public schools cannot use the Bible as a moral authority in public schools, as doing so creates an “establishment of religion” that violates the separation between church and state.

Several other homophobic incidents allegedly took place within the North Bend School District too. The Oregon Education Department claims the district failed to investigate an incident where the building administrator’s child, Student 4, yelled “faggot” while Student 1 and another student, Student 2, held hands. The letter also claims a counselor advocating for LGBTQ students faced retaliation from the district.

“These students have required quite a bit of support, but luckily they have some good family and friends,” the counselor said, according to the World. “A lot of students who have been involved didn’t come forward or remained anonymous so it’s two main students who spearheaded the appeal. They had the courage to do this.”