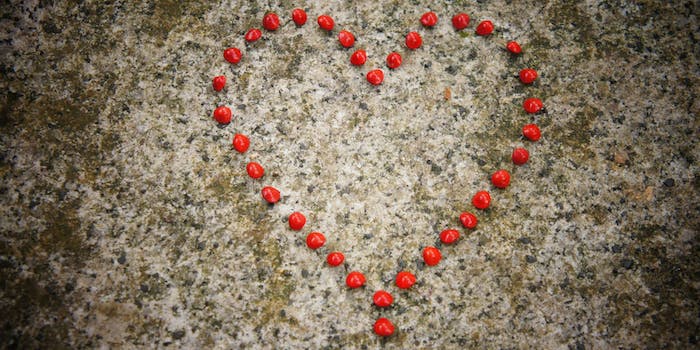 A quarter of online dates turn into successful relationships.

You no longer have to say that you made an online dating profile “on a dare” or that your friend created it for you “as a joke.” Nowadays, we can just assume that when your friend finds her new significant other outside your circle, it was done online. Why? Because online dating works.

Almost one fourth, or 23 percent, of online dating relationships end in long-term relationships or marriage, the Pew Research Center reports.

Online dating is most common among people in their mid-20s to mid-40s, and 38 percent of single Americans have used online dating sites at some point in their lives.

Paid dating sites and sites with people “seeking partners with specific characteristics,” are among the most popular online dating sites, Pew reported. The 33 percent of people who use paid sites could be using the same strategy as Shoshanna, the character in the HBO drama Girls who joined a paid site because “it’s the most expensive subscription, and ugly people do Match[.com].”

While online dating is now considered kosher, the horror stories persist. Half of online daters have met someone who lied about themselves on their profiles. And over a fourth have felt harassed by other online daters, according to Pew Research Center.

People in serious relationships and marriages who met offline are still the overwhelming majority. But at the same time, “the proportion of Americans who say that they met their current partner online has doubled in the last eight years,” according to Pew.

Social media sites also play a role in the online dating world, as they provide a place for people to check on their exes or publicly display the awesome date they just went on. Pew noted that “these spaces can become the site of potential tension or awkwardness around relationships and dating.” Anyone who has recently changed their Facebook relationship status from “in a relationship” to “single” can attest to that.

With the Internet becoming ever more ingrained into our daily lives, it’s inevitable that online dating leaves behind its shady reputation and moves to the mainstream. As the success stories from online dating grow, even more people will give it a shot. In the past, lonely singles might have tried some “liquid courage” at a bar to get their love lives moving. Maybe “keyboard courage” will soon take its place.