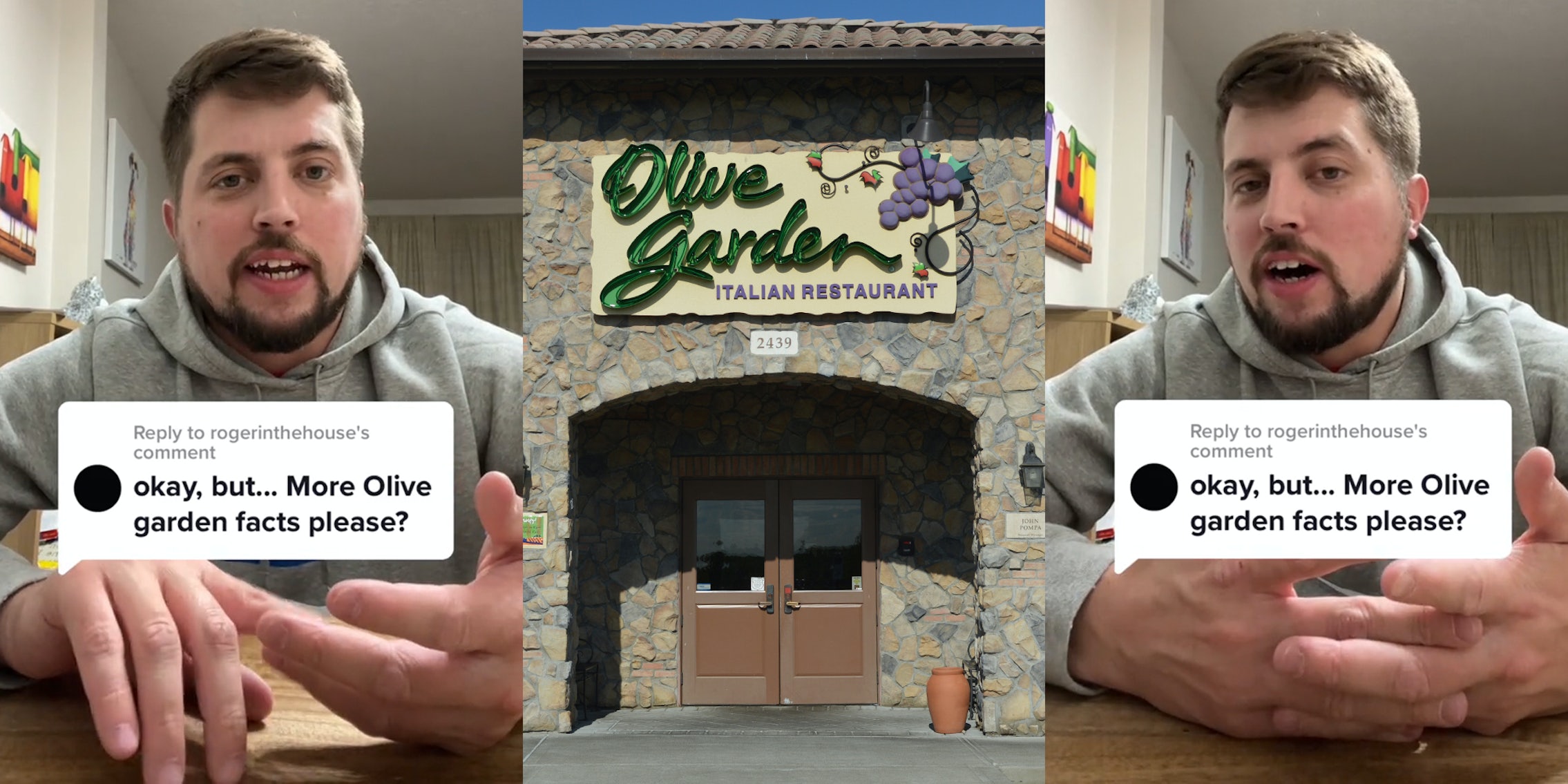 ‘Is it true that everything is microwaved?’: Former Olive Garden employee of 10 years answers burning questions about the chain

'It never ceases to amaze me how much people love Olive Garden.'

People are always drawn to the ins and outs of what goes on behind the scenes of big-name restaurants and cafés. But for one TikToker, it’s more about how the pasta gets made at one of America’s premiere Italian restaurant chains.

User Andrew (@medievalfilthcauldrons2) got attention earlier this year for a series of videos where he answered questions people had about working at Olive Garden. He prefaced his video by saying he spent nearly a decade working at restaurants (primarily Olive Garden) as a server, bartender, and even a manager. Those videos are largely no longer online after Andrew’s initial account was banned, but several months later, he decided to bring back the prompt for people after a commenter requested it.

“Since that account is gone and so are those videos, let’s do round two,” he says in the clip.

Andrew’s video garnered more than 160,000 views and hundreds of comments, many of which asked about the particulars of soup, salad, and breadsticks, the all-you-can-eat pasta promotions, and desserts. Others asked him about bringing some retired food items back.

But one thing people were really curious about? Whether or not the food was fresh, frozen, microwaved, or prepared ahead of time.

“No, that is not the case,” he says in response to a question about prepackaged meals. “Every menu item at Olive Garden is made to order.”

But there were also some not-great food-centric days as well.

“Never-ending pasta bowl was the bane of my existence each and every year I worked at Olive Garden,” he said while divulging a story about the most he saw someone take advantage of the promotion.

Andrew’s videos created a back-and-forth conversation as fellow restaurant workers compared their experiences working in Olive Garden and similar restaurants. Others shouted out meal options from Olive Garden they missed. And what his videos accomplish: People get a little more insight into how things worked behind those kitchen doors, and they let viewers bond over a restaurant that a lot of people have a fondness for—that often gets a lot of flack.

“It never ceases to amaze me how much people love Olive Garden,” one person commented.

The Daily Dot reached out to Olive Garden for comment.