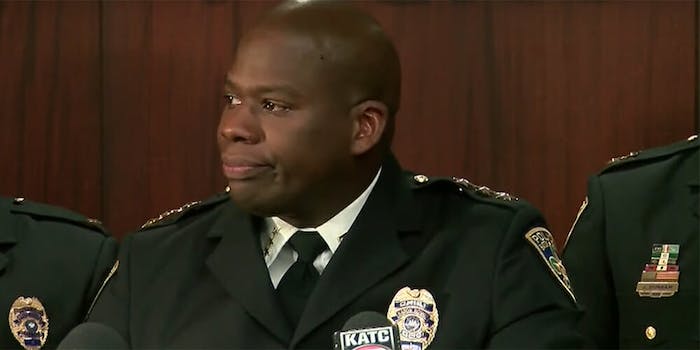 The other officer involved has been suspended without pay.

The department had originally said Salamoni’s body camera fell off during the shooting and did not capture the shooting. But the body camera footage released Friday shows Salamoni pulling his gun on Sterling and yelling profanities at him only moments after arriving on the scene.

Howie Lake II, the other officer involved, has been suspended for three days without pay “for losing his temper” during the July 2016 incident, CNN reported.

New video from Lake’s body camera shows a struggle ensue after Lake tries to get Sterling to put his hands on the hood of a car. As the officers tackle Sterling to the ground and shock him with a stun gun, a voice, presumably Salamoni’s, yells, “He’s got a gun!” before gunshots are heard.
The release of the footage and news about the officers comes three days after Louisiana officials said Salamoni and Lake would not face criminal charges.