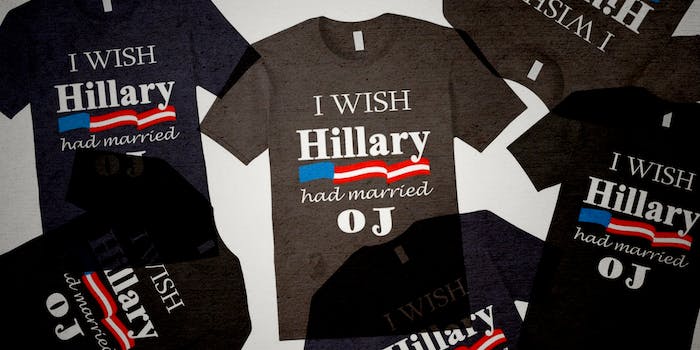 Throw these offensive Hillary T-shirts in the 2016 dumpster fire

Whatever you think of Hillary Clinton, it’s difficult to extract many legitimate criticisms about her platform and past actions from the shitstorm of misogyny she has had to endure since the day she pretty much entered politics.

The latest example is this crop of “humorous” T-shirts, which exclaim “I Wish Hillary Had Married OJ.” That’s in reference to O.J. Simpson. You know, the guy who was famously acquitted for murdering his estranged wife and her friend, but was then found liable for those crimes in a civil suit and, aside from the murders, had definitely physically abused his wife.

Maybe, just maybe, the creator of the slogan knew nothing of the Simpson case and just thought it would be cool for her to be married to a former NFL player and movie star. But presumably the joke is that Simpson would beat and/or kill Clinton. 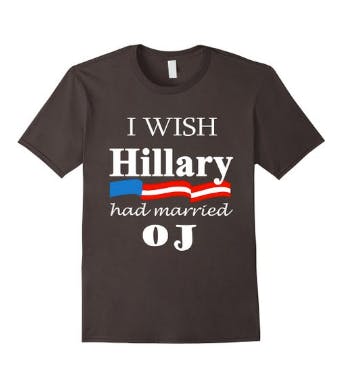 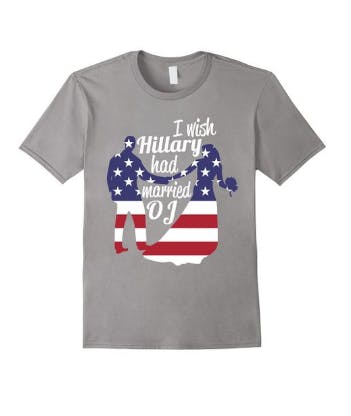 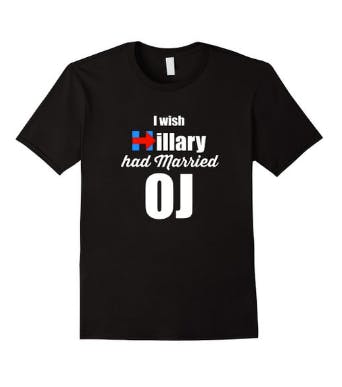 The internet has recently taken notice of these shirts, perhaps now that she is the official Democratic nominee for president, though many have been available on Amazon since 2015. Many of the shirts have one-star reviews calling them offensive and inappropriate, and others are asking customers to call Amazon and complain.

hi, @amazon. are you intentionally promoting sexism & violence against women today, or did this slip past you? https://t.co/Y8WdZEgWUB

However, some customers are very satisfied with their purchases.