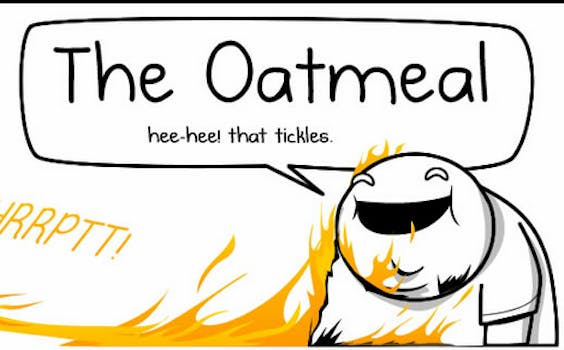 Matthew Inman makes a plea for sanity to Charles Carreon, the lawyer who's currently suing him, and asks The Oatmeal fans to leave Carreon alone.

In an open letter posted Monday on The Oatmeal’s website, Inman told Carreon that his recent lawsuit is frivolous, and that by suing the charities The Oatmeal raised money for, Carreon is “making things worse.”

Carreon became the target of attacks from The Oatmeal’s rabid and adoring fanbase when he demanded $20,000 from Inman for allegedly defaming his client, rival humor site FunnyJunk, in a blog post. Instead of paying the $20,000, Inman launched a fundraiser benefiting the National Wildlife Foundation and the American Cancer Society, which has raised $204,000 to date.

Carreon is now suing the charities, Inman, and crowdfunding platform Indiegogo, claiming he wants to ensure that none of the money raised finds its way into Inman’s pocket.

In his letter, Inman explained that “the Internet” turned on Carreon when he tried to shut down a charity fundraiser.

“THAT was the moment when the tide of public opinion focused on you instead of FunnyJunk,” wrote Inman, adding that he never encouraged anyone to harass Carreon.

“Your lawsuit is meritless and it’ll probably just get dismissed, but I’m guessing you’re just going to keep trying until you find an angle that sticks with a judge,” he wrote. “My advice: take a few weeks off, stop saying crazy shit to journalists, and come back when you’ve calmed down. Write an apology to whomever you feel is appropriate, or just don’t write anything ever again.”

Inman also asked any fans reading the letter to stop harassing the attorney and “be lawful and civil.”

He ended the letter by suggesting Carreon start his own fundraiser. After all, we know what kind of attention those things can get.