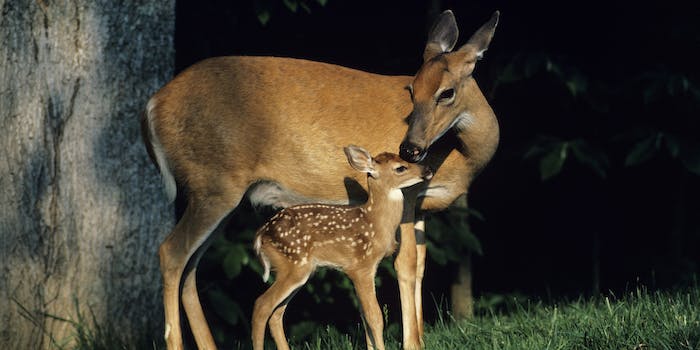 Warning: Some of the images below are graphic.

A photo of an 8-year-old New Zealand girl has been the cause for much attention on Facebook in recent days. In the post on the NZ Women Hunter’s Facebook page, her father, Johny, described his daughter as a “little pink ninja.” Below, he posted photos of the two of them with a young stag his daughter shot a few weekends ago—and her taking “a bite from its warm quivering heart.” 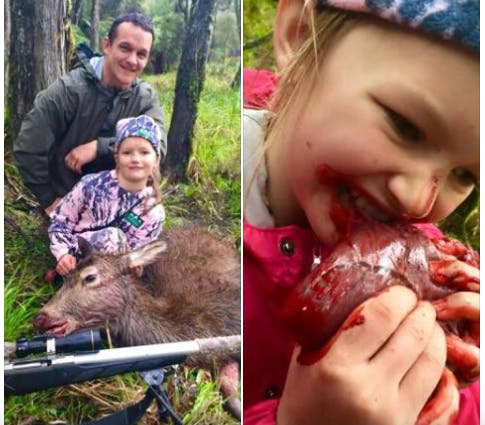 The post originally drew over 20,000 shares, but the NW Women Hunter’s page has since been shut down over controversy. Many criticized the father, while others are defended the practice as a hunting ritual. 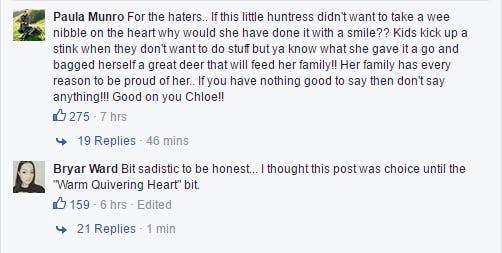 Native People do this. What's the difference if they're white. Maybe their lineage connects somewhere down the line

this is absolutely repulsive. Child abuse in my opinion.

Johny told BuzzFeed that Chloe has been hunting with him since she was 8 months old and that this was her first deer. And while he was surprised by the response to the photos, the negativity doesn’t bother him.

“I’d quote the saying, ‘Lions do not care of the opinions of sheep,'” he told BuzzFeed. “She wanted to do it when she saw a picture of her uncle biting the heart of his first deer. We’re not too serious about it, it’s something some hunters do with the first kill. I wouldn’t say [it is] ritualistic, but she is a hunter now.”