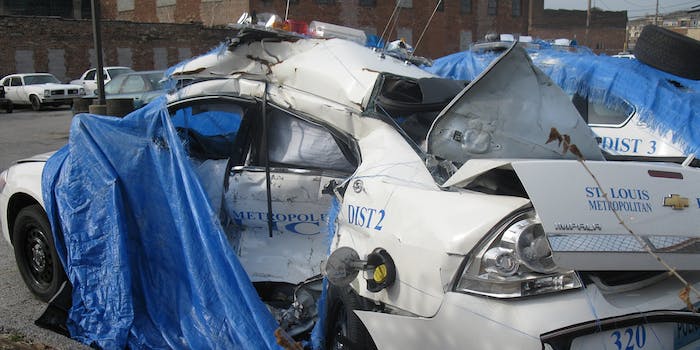 Ferguson has put a spotlight on police brutality everywhere

The victims of police abuse used to be statistics. Now their stories are all over the Internet.

It was inevitable that Ferguson would change the conversation. The sudden transformation of a midwestern suburb into something often indistinguishable from a war zone will have that effect.

It isn’t surprising that the shooting death of an unarmed African American teenager at the hands of a local police officer, and then the subsequent shocking paramilitary tactics of law enforcement officials attempting to put down the oft-anarchic protests that followed, sparked a national conversation on race relations and police militarization. But what it surprising is that, even as protests in the Missouri city started to die down, at least temporarily, the national focus on the abuse that racial and ethnic minorities regularly suffer at the hands of law enforcement has remained constant.

On my own Facebook News Feed, stories about police abuse have become an almost daily occurrence, whereas they used to be few and far between.

Much of this is the result of a realization by the media that these type of stories resonate with readers. In an era where chasing viral hits is often job number one for writers, discovering an angle that consistently generates traffic and manages to be infinitely more substantive than doing 100 word write-ups of cat videos is basically a panacea.

At the same time, the post-Ferguson growth of loose anti-police brutality organizations like Cop Block, which has grown to have over one million Facebook subscribers and survived coordinated takedown campaigns by pro-police groups, have put a spotlight on the same issues outside of the context of professional media outlets.

Regardless how these stories are being disseminated to the public, the simple fact is that they are getting out. While building the narratives about the reasons behind America’s two-tiered justice system is important, the newfound focus on these type of stories has taught people around the world the names of the victims of police violence. People whose stories would have once gone either wholly untold or faded away after a single local press mention are now being shared by national news outlets on a regular basis.

As a result, there are a litany of people who have been—in an indirect, oblique way—given back an aspect of their humanity and agency, things that were taken away from them in often tragic interactions with the very people tasked with the duty of protecting them from harm, by having their stories shared over and over again across the Internet.

Some of the following actions by police were likely justified. Not all of the victims were black, nor were all of the police officers involved white. But the lessons of Ferguon extend beyond those simple equivalences. The renewed public focus on police abuse is a direct result of a palpable shift in the way millions of Americans view the relationship between their communities and law enforcement.

In just the weeks since Ferguson:

Thanks in part thanks for the whirlwind of media and public attention swirling around Ferguson, we know all of their names. Soon, we will sadly know many, many more.