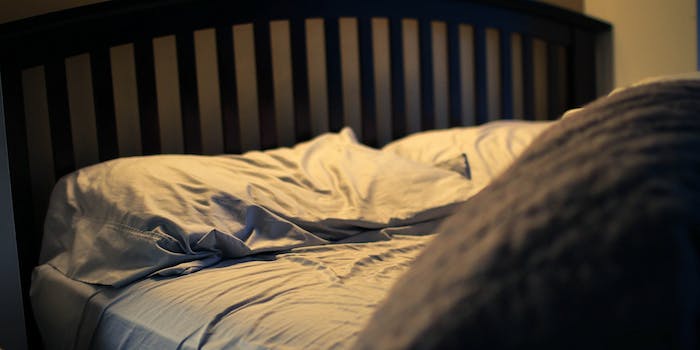 U.K. sex workers sound off on laws they say compromise their safety

Laws intended to protect and benefit sex workers in the U.K. are backfiring, according to sex worker activists who are experiencing the consequences firsthand.

The Human Trafficking Act 2015 criminalized the purchase of sex in Northern Ireland on June 1. In the rest of the U.K. (England, Scotland, and Wales), the purchase and sale of sex has always been technically legal, but the majority of actions surrounding sex work—soliciting, pimping, curb-crawling, and brothel-keeping—remain crimes.

Laura Lee, a 22-year veteran of the sex industry who travels between Northern Ireland, Scotland, and England for her work, is leading a legal challenge to the Northern Irish law, which she believes reduces sex workers’ safety. Lee has started a crowdfunding campaign to help with her legal fees.

Lee is an advocate for decriminalization (not to be confused with legalization) of sex work and recently addressed a parliamentary committee on English sex work law, saying:

The sex industry is the only industry in the UK that I can think of that compels me as a woman to work alone and leaves me wide open to predators.

Northern Ireland has replaced the crime of solicitation with the Nordic model—so-called because it was pioneered in Sweden—of criminalizing clients, which is criticized heavily in the sex industry. In a 2014 speech for the Sex Worker Open University, Jet Young condemned the Nordic model because “it reduces the circumstances for workers to vet and accept good and safe clients.”

Speaking to the Daily Dot, Lee agreed that this has been the effect in the eight months since the law change in Northern Ireland: Fearful of prosecution, clients are behaving more secretively, which reduces sex workers’ ability to screen them.

“[But] I believe the harm is caused or exacerbated by the laws we have at the moment.”

“All that’s happened with the new law is that a lot of the decent guys have been driven away and we’re left with the dross,” Lee said.

Lee said that sex workers have long used the Internet to keep themselves safe—through sites where both sex workers and their clients can leave feedback for each other (Lee described it as “like eBay but for adult services”), online forms to screen client information, and apps that alert sex workers to problematic clients. Feedback sites are helpful both as advertising for sex workers but also to ensure that they match to the right clients. Lee said “that’s important, especially if someone is looking for more extreme services.”

One of the apps used by sex workers in Northern Ireland works on a traffic light system whereby clients are identified by their phone numbers. Lee explained that green means there have been no reports on a person, yellow means there have been some negative experiences but these are more likely to do with time-wasting or punctuality, and red simply means “do not see this guy, he is dangerous.”

The result of the new law is that clients are increasingly refusing to divulge any information from which they could be identified. “Guys are steadfastly refusing to use the online booking systems because they’re terrified of being traced or followed by the police, or leaving any kind of footprint online,” Lee said.

The safety apps can’t be used if clients don’t provide a phone number, which leaves sex workers with the choice of taking a completely unknown client, or losing work.

“So if something does go wrong during the appointment—if we’ve decided to take it because we need to make money at the end of the day—not only do I have no way of protecting myself, there’s no way of reporting it to other ladies, there’s nothing I can tell them that will keep them safe from that guy in the future,” Lee added.

The Daily Dot also spoke to Molly, a sex worker based in Edinburgh, Scotland, about her experiences with and views on current U.K. law.

Molly is part of SCOT-PEP, a group of Scottish sex workers who advocate for decriminalization. SCOT-PEP have strongly opposed three recent attempts by the Scottish government to bring in Nordic model laws—much like the one that recently passed in Northern Ireland—that would criminalize the purchase of sex.

Although none of the bills have so far succeeded, Molly said that Scotland’s police force has recently adopted a “punitive and intolerant” attitude toward sex workers, evidenced by a sudden flurry of raids on saunas in Edinburgh. She described Scottish police as having an “ongoing obsession” with indoor sex workers (who are harder to detect than their street-based counterparts), and using online surveillance of escort websites and AdultWork to find them.

“Their new initiative is to be like ‘Oh hi, don’t be afraid of us, we’re friendly, here’s some leaflets for some health services.’ That’s really intimidating for sex workers… to see two police officers with a social worker at your door,” Molly said. “I’m sure most people selling sex in Scotland are aware that health services exist.”

This approach appears especially counterproductive in light of Vice’s reports that visits to specialist health clinic for sex workers were down 10 percent in 2015. Molly said that these “friendly” house visits are little better than aggressive raids, given sex workers’ mistrust of police.

“Even though they say they’re not going to arrest people, you worry that if, in two months’ time, the police need to get better arrest figures, they have your address.” Molly said.

Laura Lee echoed this in a recent tweet about Scottish police’s attitude toward sex workers.

Before or after they raid them and throw them out into the street? RT – Police urge sex workers to seek support https://t.co/px45t86GXC

Molly said that she hoped the Northern Ireland law change would be “an outlier,” rather than setting any precedent for the rest of the U.K., because it was brought in by the Democratic Unionist Party who “are incredibly socially conservative.” It was the DUP that torpedoed the legalizing of gay marriage in Northern Ireland (it is legal in England and Scotland), and the country also has a much more restrictive abortion law than the rest of the U.K.

Lee expressed the risks of following Northern Ireland’s example in a simple warning to U.K. parliament: “Further criminalization places us in huge danger.”