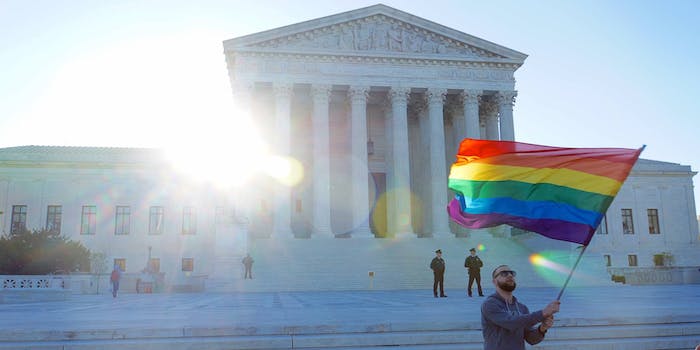 Another bill bites the dust.

For the fourth time in eight years, the North Dakota House rejected a bill that would have added sexual orientation to the list of classifications protected from discrimination in employment, housing, and government services, according to the Bismarck Tribune.

The House voted to reject the bill 69-22 on Friday, adding to the series of similar failed legislation from 2009, 2013, and 2015. As it stands, current legislation prohibits discrimination on the basis of race, color, religion, gender, national origin, age, disability, marital status, or lawful activities completed outside of employment.

Democratic Rep. Josh Boschee from Fargo, the state’s first openly gay legislator and the bill’s main sponsor, said that LGBTQ-identifying people fear they could lose their housing or employment under the current anti-discrimination law.

“Since day 1, we’ve been ready and willing to work in a bipartisan fashion to pass this bill,” Boschee said in a statement per the Bismarck Tribune. “We cannot let perfect be the enemy of good when it comes to providing basic protections that are so important to so many of our citizens. Passing a bill that provides these protections—even if it doesn’t include every single provision we want—is better than not passing any bill at all.”

Opponents of the bill argued that the legislation could have forced businesses and religious entities to work against their beliefs, though the bill didn’t prevent groups from establishing hiring criteria for employees in religious positions.

Republican Rep. Robin Weisz argued that while sexual orientation discrimination happens in the state, he didn’t believe the bill would make a difference, since complaints can be filed with the state Labor Department and forwarded to the Equal Employment Opportunity Commission.

Weisz also argued that the bill presented a challenge of “defining” a classification that isn’t “readily apparent.” This is despite the fact that a person’s religion and disabilities, which are currently protected under the anti-discrimination law, aren’t always physically manifested, either.

“Legally what we’re addressing, what we’re protecting is a lifestyle. Now don’t get me wrong, I’m not implying that you’re not born gay or anything else,” Weisz told the Bismarck Tribune. “What I’m saying is the law cannot differentiate. It only knows if you’re gay if you say so.”

“All North Dakotans deserve to be treated equally and live free of discrimination,” Burgum said in a statement. “As we compete with other states to fill the thousands of open jobs in North Dakota, we must be a place where everyone feels welcome.”