These North Carolina businesses have a clever message for Gov. McCrory

Would you care for a 'Burn in Hell, Pat McCrory' sandwich?

In Asheville, Wedge Brewery has posted a very succinct message on the bottom of their Iron Rail IPA cans: #F*CK HB2.

The company did not immediately respond to requests for comment, but their protest has generated both controversy and support online.

Can we all agree @WedgeBrewingCo wins the internet today? (Love their beer, too!) #hb2 #northcarolina pic.twitter.com/OsGtg2MqvJ

Looks like @WedgeBrewingCo has something to say about #hb2 on its cans of Iron Rail IPA. #avlbeer #ncbeer #ncpol pic.twitter.com/uI82xtz1vJ

Additionally, the Common Market Deli in Charlotte gained national attention when their “Burn in Hell, Pat McCrory” sandwich special was picked up by the local ABC11 station. 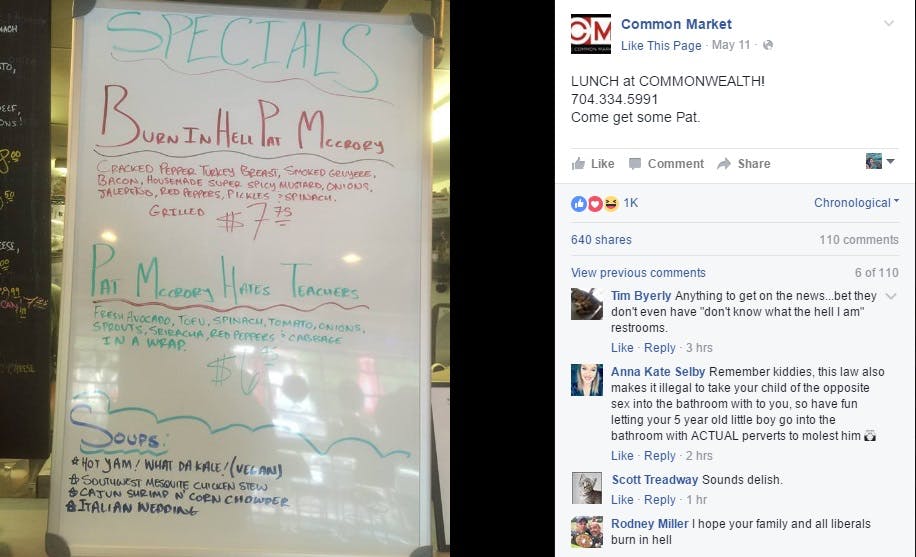 The response has overwhelmed deli owner Blake Barnes. “We’ve done a special making fun of Bernie Sanders, and we had a ‘Shillary’ one, and we have plans to do something for Donald Trump,” Barnes told the Daily Dot. “It’s funny that this one would be the one that cause all the fuss.”

In the past few days, the deli has been inundated both with messages of support and anger. Barnes said, “I had one guy who just called and called and said he would keep calling so no one could order food. When I finally spoke to him, he wanted to make me say out loud that I love queers. Which I do. I love all of God’s children—it’s just their gods that I sometimes have trouble with.”

For the most part, Barnes has been trying to be polite to the outrage. “I responded one time to an online comment to say, ‘Sounds like someone needs a hug. And maybe we should give away free hugs with our sandwiches,'” Barnes laughs.

He says the store, which has a history of lampooning politics in its daily specials, will lay low for a while and then start back up again. “No amount of controversy is going to stop us,” he said.

In the meantime, you can stop in for a “Pat McCrory is a weiner” special. 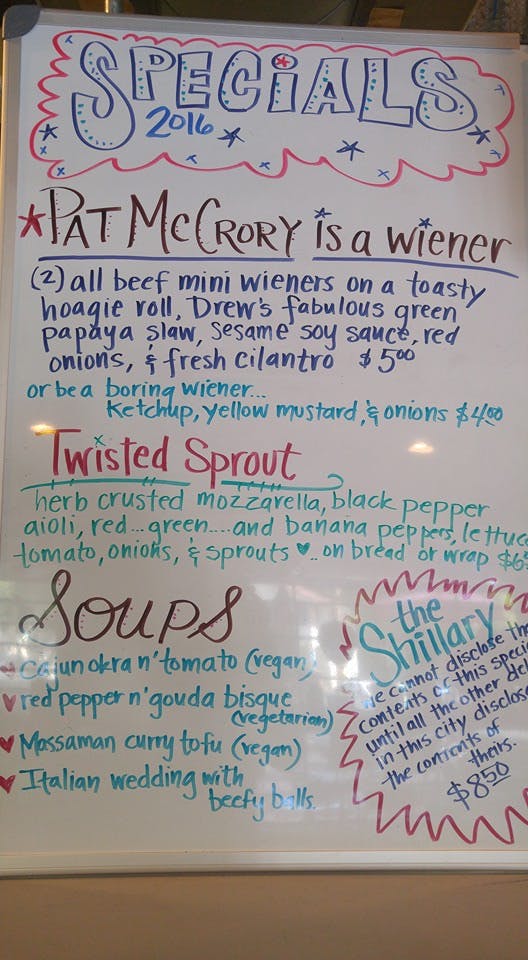