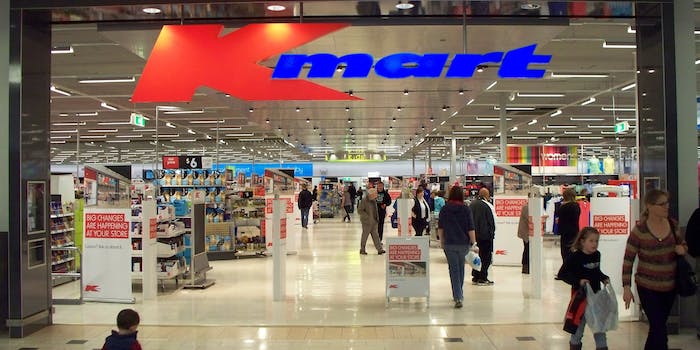 Just take a moment and digest that sentence again: “official Kmart guide to normcore fashion.” Welcome to 2015, everyone. 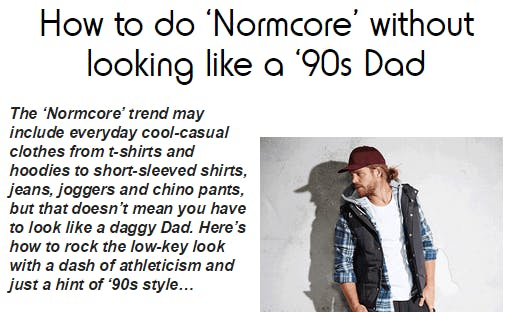 The purpose of normcore is to look as bland as possible, combining simple aesthetics with a hint of ’90s Gap/sportswear styles. It surfaced in late 2013 as the kind of hipster trend that could potentially be a hoax dreamed up by Vice magazine. Somehow, it’s managed to linger on for a few years, and its latest contribution to the zeitgeist is this page on the website for Kmart Australia. Kmart’s normcore checklist is more like an instruction manual on how to wear human clothing. Step one: wear jogging pants, because they’re comfortable. Step two: wear a shirt and a hoodie at the same time, for layering purposes. Step three: hats are good. Thank you, Kmart.

It’s impossible to tell if this is a genuine piece of earnest advice, or if some bored website content writer is mocking the system from within. But either way, this Kmart guide is proof that the normcore trend has come full circle.