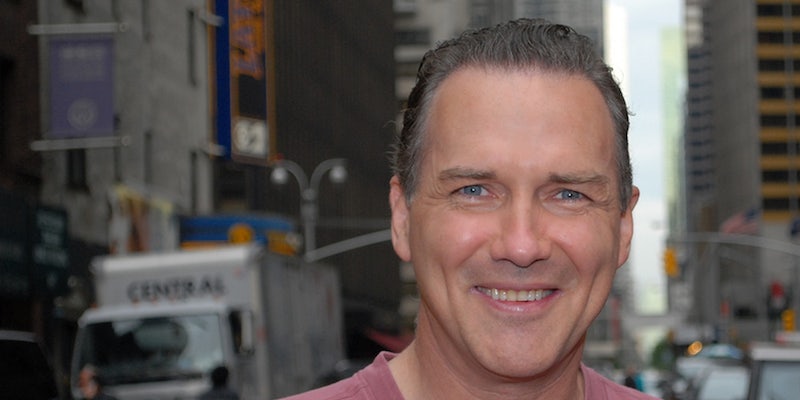 A while after the Swedish Academy was finally able to inform Canadian short story maestro Alice Munro that she had won this year’s Nobel Prize in Literature, leading literary troll and American Psycho author Bret Easton Ellis just had to make his true feelings known on Twitter.

Alice Munro is so completely overrated.

Alice Munro was always an overrated writer and now that she’s won The Nobel she always will be. The Nobel is a joke and has been for ages…

His pissy attitude earned him the usual burns—he’s the overrated one, hasn’t written much in the way of decent prose himself—but Munro also had a social media heavyweight in her corner: countryman and comedian Norm Macdonald, who had previously called her the “greatest writer alive.” Ellis’ blithe tweets sent him on what can only be described as a prolonged rampage.

Brett Easton Ellis saying Alice Munro is overrated=Beatlemania saying The Beatles is overrated. Not only can he not write, he can’t read.

I notice @BretEastonEllis describes himself as a writer in his twitter account. More of his brilliant satire.

@BretEastonEllis, a man who scribbles graffiti for a living has the temerity to call the greatest writer alive, overrated. Unacceptable.

Plenty of others on Twitter joined in praising Munro, maligning recent Ellis-penned flop The Canyons, and even lauding Macdonald’s 1998 film Dirty Work. Macdonald’s anger must have been pretty intense, because he seemed exhausted by the time the flow of insults had subsided.

Ellis has yet to respond directly to Macdonald’s criticisms, but he did have this to say about the initial outpouring of rage that greeted his assessment of the current state of fiction:

The sentimental hatred for me has made me want to re-read Munro, who I never really got, because now I feel like I’ve beaten-up Santa Claus.