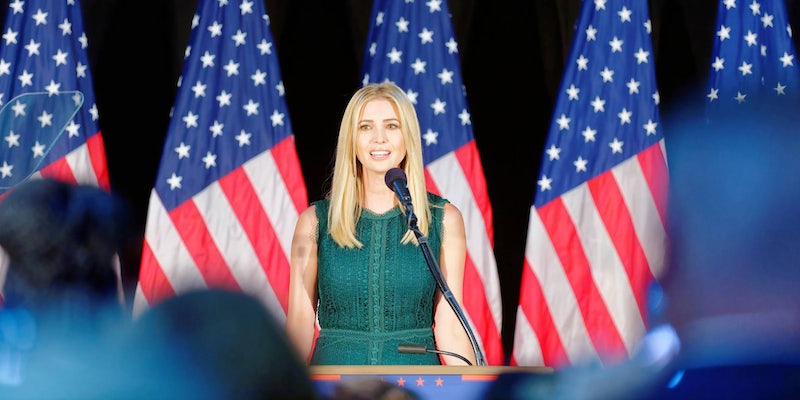 Some see it as a sign that the #GrabYourWallet boycott is working.

Nordstrom quietly announced its decision to drop Ivanka Trump’s clothing line from its stores on Thursday. The news came on the heels of Uber CEO Travis Kalanick’s announcement that he would leave President Trump’s economic advisory council.

Shannon Coulter, one of the co-founders of the #GrabYourWallet campaign to boycott Trump family businesses, rejoiced at the news.

Big news everyone. You did this. I am in awe. https://t.co/q9vwmyfpbn

One customer reached out privately to Nordstrom via Twitter to verify the news and received this response. 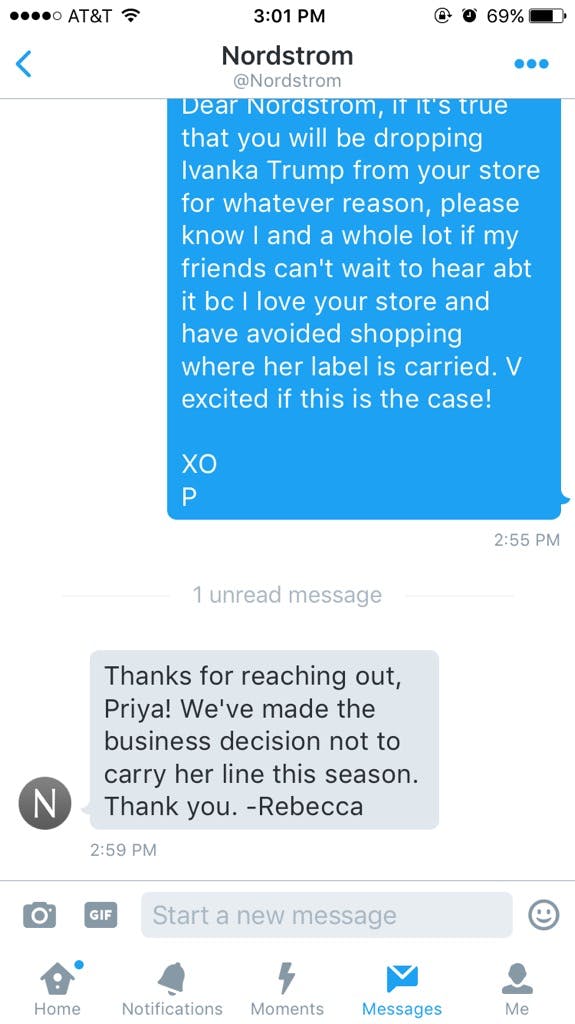 Some customers have critiqued the store for targeting Ivanka Trump’s brand. Nordstrom, however, insists the decision was not political and was based solely on poor sales performance.

We didn't buy the brand for this season based on its sales performance, Julia. This was not a political decision.

Some have cited the unusual timing, but Nordstrom has responded that the choice was business as usual.

It's not political for us. Our buying decisions are guided by brand performance, based on sales we decided not to buy this season.

The company also points out that there has been no public announcement. Rather, it has responded to questions from individual customers as well as the media.

We didn't make a formal announcement. We've been responding to questions that we've received including from media sources.

Whatever the store’s motivation for pulling the line, weak sales performance may in itself be an indicator that the boycott tactics are in fact effective.

"Ivanka's low sales may be evidence that the boycott is working." https://t.co/lMJbzqifuI

Boycotters are continuing to take aim at retailers that still carry Trump products.

@Macys I'm cancelling my credit card with you as you still sell Trump products. #GrabYourWallet

Yay @Nordstrom! I know where I'm shopping. What about you @tjmaxx?! It's TIME -I miss my weekly visits you miss my $$ #GrabYourWallet

@amazon Don't let @Nordstrom& @neimanmarcus leave you in the dust. Donate ur Ivanka inventory to charity. I miss u dearly! #GrabYourWallet https://t.co/caLUYtnasR

Only time—and new executive orders—will tell if others will suddenly abandon Trump brands, too.